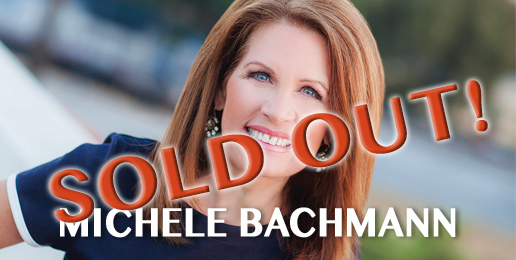 The Illinois Family Institute cordially invites you to the biggest gathering of pro-family supporters in Illinois.

You will not want to miss this evening with former congresswoman and presidential candidate Michele Bachmann as she encourages people of faith to stand firm in a darkening culture.  Click here for flyer. Call 708-781-9328 or email v.kathy@illinoisfamily.org for more information.

Born in Waterloo, Iowa, Michele Bachmann became a born-again Christian at the age of 16. After earning a law degree, Bachmann became a local conservative activist, protesting abortion clinics and state-mandated educational standards. In 2000 she was elected to the Minnesota state Senate, and earned a reputation for her unwavering commitment to conservative principles. In 2006 Bachmann was elected to the U.S. House of Representatives and helped found the Tea Party Caucus. A rising star in the GOP, in June 2011 Bachmann announced her candidacy for the Republican presidential nomination, becoming the first woman to actively seek the GOP nomination.

Congresswoman Bachmann is recognized as one of our nation’s social conservative leaders who has consistently defended America’s religious liberties and the importance of the traditional family as a bellwether necessity for a stable society.