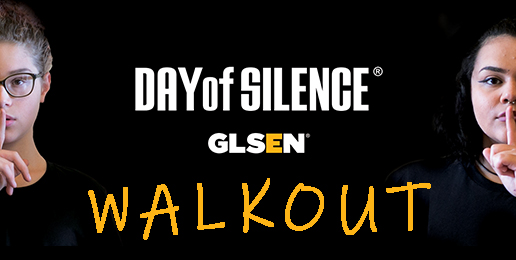 What the World Needs Now is Some Conservative Civil Disobedience
Written By Laurie Higgins   |   03.22.19
PRINT

An arm of, arguably, the most tyrannical, divisive, hateful, and destructive political movement in the country will once again urge children and teens to disrupt government schools for an entire day on Friday April 12, 2019. And for the 23rd year in row, spineless Christians will take it on the chin. They tolerate the intolerable—not for principled reasons—but out of cowardice.

The Gay, Lesbian and Straight Education Network (GLSEN) sponsors and promotes the political protest called Day of Silence whose goal is to exploit taxpayer-funded middle and high schools for the purpose of transforming the moral, political, and ontological views of other people’s children. GLSEN even provides a guide for “educators” that teaches teachers how to promote Leftist views of homosexuality and the “trans” phenomenon on Day of Silence.

GLSEN urges students to refuse to speak for the entire day—including during instructional time—in the service of normalizing disordered feelings and sexual acts that God abhors. And Christians shamefully say and do nothing.

Day of Silence uses government schools to propagate arguable assumptions about the nature and morality of homosexual acts and relationships and of biological-sex impersonation. And Christians rationalize their capitulation as fostering unity and demonstrating “niceness.”

Why are “LGBTQ” activists more impassioned, tenacious, and persevering in promoting wickedness than Christ-followers are in opposing it? Do Christians not remember that we are to deny ourselves and take up our crosses daily, to hate evil and love good, to expose the unfruitful works of darkness, and to count it all joy when we encounter trials because of our identity in Christ?

Have Christians forgotten these words of Jesus: “It is inevitable that stumbling blocks will come, but woe to the one through whom they come! It would be better for him to have a millstone hung around his neck and to be thrown into the sea than to cause one of these little ones to stumble”?

As children and teens are inculcated with a body-, mind-, and heart-destroying ideology, one must wonder if Christians love—or even like—their neighbors.

There is something Christian parents can do. They can contact their children’s middle and high school administrators to ask if students and/or teachers will be permitted to refuse to speak on Day of Silence. If the answer is “yes,” keep your children home. Stop acquiescing to every moral offense the sexually deviant among us do in the service of their ideology.

Imagine if another group of students refused to speak for an entire day to draw attention to the plight of women in Muslim countries, or the plight of Christians in China, or to object to American military intervention around the world, or to oppose socialized medicine, or endorse the Green New Deal. Such hijacking of government schools is disruptive and inappropriate. Students can engage in political action on their own time and their own dime—not in public schools supported by the hard-earned money of diverse peoples, many of whom object to the assumptions of the “LGBTQ” ideology.

If the Leftists who control government schools really cared about creating a learning environment free of political distractions and disruptions, they would establish policies that prohibit all clothing with political messages and all controversial political action. But they don’t.

The central pedagogical goals of Leftist “teachers”—better known as agents of change—are ideological not pedagogical. And they’re shameless in their hyp0crisy.

Conservative Parents: If your middle or high school allows students to refuse to Speak on Day of Silence, please keep your children home.