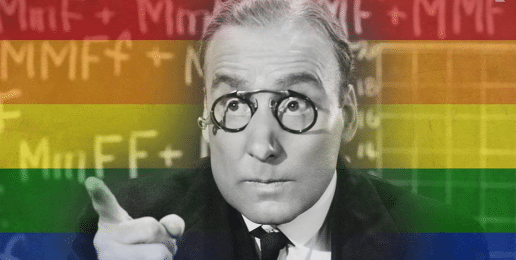 What the Gay-Marriage Ruling Means for Education
07.03.15
PRINT

Like fascists, Communists, and boy-band producers, the American Left has always believed it could fine-tune human nature if it could only “get ’em while they’re young.” That’s why the Left works so hard to impose its will on schools and universities. As John Dewey, America’s high priest of educational progressivism, explained in 1897, the student must “emerge from his original narrowness” in order “to conceive of himself” as a cog in the larger social order.

Last week’s gay-marriage ruling will yield a new wave of liberal efforts to ensure that schools do their part to combat wrong-headed “narrowness.” Justice Anthony Kennedy’s sweeping 5–4 decision in Obergefell v. Hodges opened by declaring, “The Constitution promises liberty to all within its reach, a liberty that includes certain specific rights that allow persons, within a lawful realm, to define and express their identity.” Kennedy took pains to opine that marriage “draws meaning from related rights of childrearing, procreation, and education.” In finding that the Fourteenth Amendment secures the right to “define and express [one’s] identity,” the Obergefell majority has issued a radical marker. (If gay marriage had been established by democratic process, things might have played out in a more measured manner.)

Justice Samuel Alito predicted, “Today’s decision . . . will be used to vilify Americans who are unwilling to assent to the new orthodoxy,” and “they will risk being labeled as bigots and treated as such by governments, employers, and schools.” Alito is almost assuredly right, and that poses serious questions for schools and colleges.

At the collegiate level, the implications are pretty clear — especially for religious institutions. Christian colleges are going to find their nonprofit tax status under assault unless they agree to embrace gay marriage. (The relevant precedent is the 1983 Supreme Court ruling that enabled the IRS to strip Bob Jones University’s tax-exempt status because of the school’s ban on interracial dating.) Policies regarding “family housing,” employee benefits, use of chapels for marriages — all will come under fire. And then we’ll start getting to questions of readings, campus programs, and curriculum, where familiar First Amendment rights will clash with the new Fourteenth Amendment right to “define and express [one’s] identity.” For religious colleges stripped of their nonprofit status, many — if not most — will be compelled to close their doors. (It’s safe to say that plenty of progressives would regard this development as a bonus).

More broadly, the Chronicle of Higher Education reports that gay-rights advocates believe the decision will “help them move on to other issues, such as access to higher education and mental-health concerns for young LGBTQ students of color and transgender students of color.” Shane Windmeyer, executive director of Campus Pride, said, “I’m hopeful we can now say we won one game; now the next game is looking at trans rights, how we treat queer people of color, especially first-generation LGBTQ students of color.”

LBGT crusaders are also pushing for big changes in K–12 public schooling. Education Week’s legal-affairs reporter noted that the decisions “holds various implications for the nation’s schools, including in the areas of employee benefits, parental rights of access, and the effect on school atmosphere for gay youths.” I can’t say with certainty what’s coming. But here are four things to watch for. Expect demands for schools to amp up their efforts to feature “nontraditional” families in all kinds of contexts.

Educators have long celebrated “diversity.” Now they can expect heightened pressure to do more, and to ensure that nothing stymies a student’s “identity.” When a tiny handful of social crusaders complain that this play feels too stereotypically masculine or that those stories don’t include enough LGBT students, they’re going to pull Obergefell out of their pocket. Things will prove particularly contentious in history, where a dearth of gay marriages and nontraditional families will invite creative efforts to “balance” things out.

School leaders have judged that American flag T-shirts are unacceptably provocative when worn on Cinco de Mayo. Clothing and artifacts perceived as hostile to another’s “defined and expressed” identity, such as badges of religiosity, may well come under the closest of scrutiny. After all, the Court has long held that freedom of speech and religion may be circumscribed in educational settings. Now, protestations on behalf of free expression and free speech can be answered with Fourteenth Amendment claims.

Expect demands for schools to amp up their efforts to feature “nontraditional” families in all kinds of contexts. Schools may be scrutinized for the mixture of families that wind up in posters, brochures, student art displays, instructional materials, and the rest. Failure to include a satisfactory percentage of gay parents (or other nontraditional family groupings) may be judged evidence of a hostile environment.

And casual language will have to change. Teachers may instinctively ask a volunteer father about his wife or mention mothers and fathers; when they do, it won’t be long until a sensitive parent decides that this kind of “heteronormativity” is an unconstitutional violation of their identity. Pity the poor assistant principal who knows two parents are attending a meeting and mistakenly asks the woman sitting in the office if her “husband” is running late — rather than asking about her “spouse.” In the wrong circumstances, that could be a career-ender. Minimizing such mistakes means schools will soon be at pains to replace the terminology of “moms and dads” with that of genderless dyads.

America’s principals, superintendents, and school boards generally don’t have a lot of stomach for waging these fights. Even those who hate being bullied don’t want the exhausting slog or public criticism. Far more likely is that they’ll pack it in, lending Justice Kennedy’s rhetorical flourishes a practical import even he may not have imagined.

— Frederick M. Hess is director of education-policy studies at the American Enterprise Institute.  This article was originally posted at National Review Online.