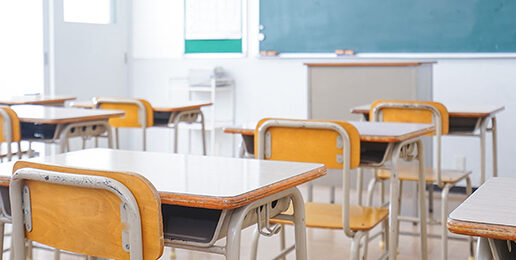 The President of the United States and America’s most popular talk-show host both blasted the public-school system for indoctrinating U.S. children with anti-American propaganda. The mayhem and destruction being seen in the streets right now, they explained, is a direct result of this subversive indoctrination masquerading as education.

Both leaders agreed: The deadly lies being taught to children in government schools across America must end if the nation is to be salvaged. And Trump, at least, seemed confident that the days of “far-left fascism” running rampant in America’s schools an culture were numbered. Limbaugh also said the brainwashing would have to be reversed.

By speaking out, the dynamic duo — two of the most influential men not just in America, but in the world — just gave a major boost to the American public’s understanding about the root of so many of the nation’s problems. As doctors understand well, having an accurate diagnosis is key to finding a cure.

However, even though both men have called for Americans to save their own children from government schools (or at least “failing government schools,” as Trump put it earlier this year), neither leader spent much time on actual mechanics for a solution. Still, just talking about it at the national level is a crucial start to eventually getting a solution.

Speaking at Mount Rushmore on July 3 in honor of America’s Independence Day, Trump put it this way: “The violent mayhem we have seen in the streets of cities that are run by liberal Democrats, in every case, is the predictable result of years of extreme indoctrination and bias in education, journalism, and other cultural institutions.”

He was right, of course, as FreedomProject Media has been documenting for years. Trump also delved into the nature of that brainwashing. “Against every law of society and nature, our children are taught in school to hate their own country, and to believe that the men and women who built it were not heroes, but that they were villains,” he said, adding that the goal was to destroy America.

Responding to the fact that there are still a significant number of Americans who believe the fake-media narrative, talk-radio titan Limbaugh, who reaches an estimated 15 million listeners per day, was even bolder. He said on air after Trump’s speech that the reason for the ignorance and anti-American hatred was simple: Government-school indoctrination by radical leftists.

“We’ve lost teachers. We have lost public education, not to mention academe. We have lost higher education,” Limbaugh said. “We have a bunch of left-wing activists disguised as teachers who have literally been, for almost two generations now, poisoning with hatred and vile racism the innocent, young-skulls-full-of-mush students who show up in their classrooms — and that’s what we’re gonna have to reverse ultimately.”

Limbaugh spoke out again on July 8, saying the nation’s problems could be traced back to the indoctrination of children (and future journalists) in government schools. And last year, he declared that one of the answers to the crisis was homeschooling and removing children from public schools. Numerous other top leaders have made similar pleas.

In his 2020 State of the Union speech, Trump called for saving children from what he described as “failing government schools.” And on the campaign trail in 2016, he blasted the “indoctrination” of America’s youth by “progressive” bureaucrats at the U.S. Department of Education. This is major progress in exposing the crucial problem facing America.

When some of the most powerful men in the world speak the truth clearly and passionately about the threat of government-school indoctrination to children and the nation, millions of people listen. A mass exodus from the public schools has begun. Already, the North Carolina state website to register for homeschooling has crashed due to exploding demand amid coronavirus.

Perhaps it is not too late to save America after all.

This article originally posted at FreedomProject.com