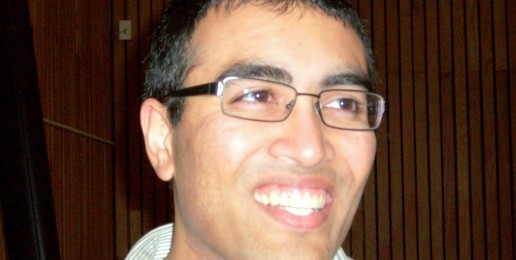 Bradley Johnson, a California public school teacher, has had a large banner hanging in his classroom for seventeen years on which appear the following phrases:

Drew Zahn reported that after the principal ordered Johnson to remove the poster, while allowing other teachers “to hang Buddhist, Islamic and Tibetan prayer messages on their classroom walls,” Johnson sued, claiming that his constitutional rights were being violated. Johnson won, and the Court issued a stinging rebuke to the school:

May a school district censor a high school teacher’s expression because it refers to Judeo-Christian views, while allowing other teachers to express views on a number of controversial subjects, including religion and anti-religion? On undisputed evidence, this court holds that it may not.

That God places prominently in our nation’s history does not create an Establishment Clause violation requiring curettage and disinfectant for Johnson’s public high school classroom walls. It is a matter of historical fact that our institutions and government actors have in past and present times given place to a supreme God….

Ironically, while teachers in the Unified Poway School District encourage students to celebrate diversity and value thinking for one’s self, [they] apparently fear their students are incapable of dealing with diverse viewpoints that include God’s place in American history and culture.

And what does Neuqua Valley High Schoolteacher Hemant Mehta have to say about that finding? He says, “What. The. F**k.”

For the uninitiated, this kind of adolescent, intemperate, obscene language, language unfit for civilized, respectable adults, is commonplace on Mehta’s blog.

At least as troubling, however, is that on his blog, this role model for students is also publicly encouraging teens to be deceitful.

IFI’s good friend and ally, Peter LaBarbera, president of Americans for Truth About Homosexuality (AFTAH), is hosting a Truth Academy* this August. As is customary for those who seek to normalize homosexuality, Mehta mischaracterizes this as a hate-promoting event. He fails to provide any evidence for such an absurd and pernicious claim, but the absence of evidence never stops homosexuality-affirming activists from making wild claims or hurling epithets. What makes his blog post about the Truth Academy even more problematic is that Mehta actively and openly solicits teenagers to engage in deceit:

Aww… isn’t this cute? Peter LaBarbera, president of the group Americans for Truth about Homosexuality – a group that spreads lies about homosexuality – is announcing a seminar for young people who want to become little homophobes like him….

Prospective attendees will need to be approved with references; this is not open to pro-homosexual activists but only to those who share AFTAH’s belief that homosexuality is immoral and that the GLBT movement is destructive toAmericaand a direct threat to our religious freedom.

Hmph. They’re onto me.

That said… if anyone aged 14-25 wants to attend and write about the event for this site, I’ll cover your registration. We’ll find a way to take care of the references, too. I don’t want you to be disruptive. Just get the materials, listen to what they say, and share it with the rest of us (emphasis added).

I wonder what Neuqua Valley High School parents, administrators, and school board members think about a teacher encouraging teens to, in effect, lie.

*The Truth Academy will be held from August 5-7 in Carol Stream, IL, outside of Chicago. Tentative list of instructors is:

For more information call Peter LaBarbera at (630) 717-7631. IFI is encouraging parents to send their high school or college students to the Truth Academy.

Despite the familiar and false accusations made by homosexual activists, the Truth Academy is decidedly not about promoting hatred. The goal of the Truth Academy is to undo the damage done to individuals and the culture through the widespread dissemination and acceptance of deceitful and destructive fictions about homosexuality.

The Truth Academy has been made necessary by the absolute censorship in public education of traditional views of the nature and morality of homosexuality. It is a fact that public schools, particularly high schools, expose students to numerous resources and activities that espouse, either implicitly or explicitly, unproven and controversial “progressive” theories on the nature and morality of homosexuality, while at the same time censoring all resources that espouse dissenting views. This ideological monopoly transmogrifies education into indoctrination.

If public school teachers were compelled to fulfill their now empty verbal commitments to “honoring all voices,” “fostering diversity,” and “developing critical thinking skills,” there would be no need for aTruthAcademy.