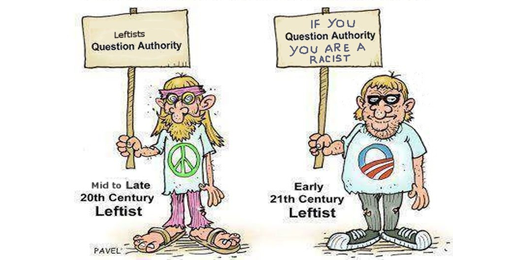 Speech suppression is a habit that the Biden administration and its liberal supporters can’t seem to break. Many staffers may have picked up the habit in their student years: Colleges and universities have been routinely censoring “politically incorrect” speech for the last 30 years. As Thomas Sowell noted, “There are no institutions in America where free speech is more severely restricted than in our politically correct colleges and universities, dominated by liberals.”

Now, the Biden administration seems to be giving the colleges and universities some serious competition. Like many Democrats during the Trump presidency, they have come to see suppression of “fake news” as the ordinary course of business and indeed a prime responsibility of social media platforms.

For decades, print and broadcast media have been dominated by liberals, but Facebook, Google and Twitter have developed a stranglehold over the delivery of news which exceeds anything that the three major broadcast networks and a few national newspapers every enjoyed. If they suppress a story or a line of argument, it largely disappears from public view. And to the extent that it lingers, it can be stigmatized by these multibillion-dollar companies as “misinformation” or “fake news.”

Speech suppression was exactly what White House Press Secretary Jen Psaki had in mind last week when she called on Facebook to suppress 12 accounts that she said were spreading “misinformation” about COVID-19 vaccines. These accounts, she said July 15, were “producing 65% of vaccine misinformation on social media platforms.”

“Facebook needs to move more quickly to remove harmful, violative posts. Posts that would be within their policy for removal often remain up for days, and that’s too long. The information spreads too quickly.”

And she wasn’t aiming her demand at just Facebook. “You shouldn’t be banned from one platform and not others,” she added a day later. The message was surely not lost on these companies, whose fabulously successful business models are vulnerable to government disruption.

Like most speech suppressors, Psaki protested her good intentions. As did her boss, President Joe Biden, who, when asked about Facebook on Friday, said simply, “They’re killing people.” The implication is that any advice contrary to the current recommendations of public health officials — contrary to “the science” — is bound to increase the death toll.

This is more in line with Cardinal Bellarmine’s view of science than Galileo’s. As Galileo knew, science is not acceptance of holy writ but learning from observation and experiment. Today, in dealing with a novel and deadly virus, current science is a body of hypotheses only partly tested and subject to revision based on emerging evidence.

There’s a long list of things once believed to be “misinformation” about COVID that are now widely accepted. One prime example: the possibility that the coronavirus was accidentally released from the Wuhan lab. For more than a year, this was widely treated as a wacky right-wing conspiracy theory. Facebook slapped “warnings” on it and boasted that it reduced readership — i.e., suppressed speech.

Then, in May, former New York Times science writer Nicholas Wade, in an article that Facebook let slip through, argued a lab leak was likelier than animal-to-human transmission, and a group of 18 bioscientists called for a deeper investigation. The Biden administration, to its credit, soon reversed itself and opened its own investigation and, reportedly, multiple officials now believe the lab leak theory is likely correct. Some “misinformation!”

That example provides powerful support for Galileo’s view that debate over scientific matters takes place best out in the open. But of course the urge to suppress speech is not limited to science. As conservative commentator Stephen L. Miller wrote, “Removing information on vaccines will translate right over to anything they think is misinformation on gun violence, or climate, or healthcare or what defines a man or woman. Which is why they are doing this.”

If you think that’s extravagant, consider that, as Townhall’s Guy Benson argued, the Centers for Disease Control and Prevention has been stretching its ambit to studying gun violence and climate change even while letting its core mission of advancing public health atrophy, as shown by its inability to produce a COVID test.

It’s easy to imagine this administration pressuring Facebook and other social media to suppress information on other issues. For example, as the New York Post‘s Michael Goodwin noted, his paper’s negative stories about Hunter Biden‘s shady business dealings, which were largely blocked from public view in the weeks before the 2020 election.

Speech suppression is evidently habit-forming. Which is why a constitutional amendment was passed back in the 1790s guaranteeing “freedom of speech, and of the press.” Or is that obsolete in these modern times?

Michael Barone is a senior political analyst for the Washington Examiner, resident fellow at the American Enterprise Institute and longtime co-author of The Almanac of American Politics.