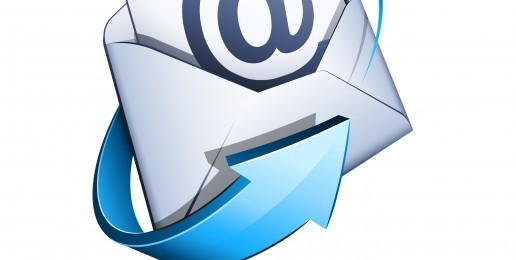 Response to a Cranky Email About Homosexuality
Written By Laurie Higgins   |   01.08.09
PRINT

Below is an email sent to Illinois Family Institute on Dec. 22, 2008. I am posting it here, followed by my response because the writer expresses increasingly common sentiments and deeply troubling, fallacious ideas that any of us who hope to influence the culture in positive ways must be prepared to address:

If you really cared about family, you would help the gay and lesbian people have families. Gay children are disowned by their families, run away, or commit suicide because of the intolerance fostered by groups like yours. You think you do good, but you hurt people for a living. Shame on you. You will be judged by a God who will wonder why you felt the need to attack people you hardly know and do not even care to understand. I am praying for your whole sick group.

I fully expect to be judged by God, and that’s why I try to live according to His revealed will, which is unequivocally clear on His view of volitional homosexual acts.

I don’t know what your justification or evidence is for the claim that I attack people I hardly know. I have never through my writing or in personal interactions attacked either people I hardly know or complete strangers. I have, however, been verbally assaulted by complete strangers on more than one occasion simply because I express different views on what constitutes moral sexual behavior.

My beliefs regarding homosexual conduct do not in any way diminish my recognition that all people are created in the image and likeness of God. My beliefs do not diminish the love I feel for those who self-identify as homosexual, or my respect for their admirable qualities, or the delight I take in their company. I recognize that we all sin and fall short of the glory of God-including me.

I believe as you clearly do that we should treat all people with compassion and respect but that cannot possibly mean remaining silent as the media, public education, and myriad other cultural institutions promote lies as truth. To remain silent in the face of such error would constitute an act of unconscionable cruelty and dereliction of responsibility.

I assume that you, like me, hold moral precepts. I assume that there are behaviors, sexual and otherwise, that you consider immoral. I also assume and hope that you do not hate, attack, or treat with disrespect those who believe differently and engage in behaviors you believe are immoral. Stating your moral precepts does not constitute an attack on people. Stating that, for example, promiscuity, selfishness, greed, or aggressiveness is immoral does not constitute an attack on promiscuous, selfish, greedy, or aggressive individuals.

You stated that my words hurt people, implying that my words are therefore illegitimate. If by hurt, you mean that some people are uncomfortable with my words, I agree. If you mean by hurt, that some people “feel bad” when they read my words, I agree. But the moral legitimacy of speech is not determined by the subjective response of the hearer. Rather, the moral legitimacy of speech is determined by its truth and the manner in which it’s delivered. If your implicit claim were true, which is that no one should make statements of moral conviction if those statements hurt the feelings of someone listening, then no one could make any moral claims. In fact, the moral claims you made in your email would be equally wrong in that they hurt me.

But I firmly believe that my statements about the immorality of volitional homosexual acts are true, and therefore expressing them is a morally legitimate activity.

By the way, I have a very special place in my heart for teens, and I am angry and saddened that our culture, including our public schools, relentlessly promotes lies to confused, troubled teens that hurt them spiritually, psychologically, emotionally, and physically-and doing it with my money.

One final note: I would argue that it’s those people who persist in spreading the lie that Christians hate homosexuals who are fostering intolerance and incivility. And since tolerance does not mean approval, disapproval does not mean intolerance.