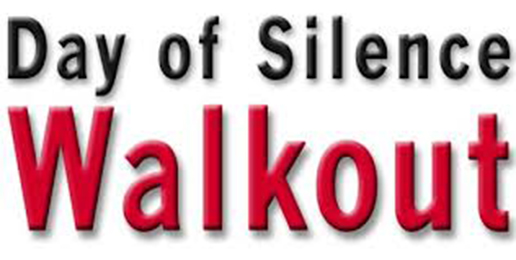 Parents, Teachers, and Administrators: What to Do on Day of Silence
Written By Laurie Higgins   |   03.08.16
PRINT

The annual, well-organized, and nearly ubiquitous pro-homosexual/pro-gender-confusion political event called the Day of Silence (DOS) invades our public schools on Friday, April 12, 2019. The Day of Silence is sponsored by the Gay, Lesbian and Straight Education Network (GLSEN) whose sole reason for existence is to use public schools to transform the beliefs of other people’s children about homosexuality and gender-confusion. The name is intended to convey the absurd notion that homosexual students are silenced by the hatred, bigotry, and ignorance of those who believe homoerotic activity, cross-dressing, and bodily mutilation are neither moral nor healthy.

While there are numerous pro-homosexual/pro-gender-confusion political events in our public schools, which are aided and abetted by liberal teachers who use curricula to reinforce their beliefs and social goals, there is only one organized event that seeks to oppose the DOS: the Day of Silence Walkout.

The Day of Silence Walkout is sponsored by a coalition of pro-family/pro-education groups from across the country who urge parents to ask their school administrators and children’s teachers these questions:

The goal of the DOS Walkout is not to exacerbate social and political turmoil within public schools or to advance a counter position. If parents keep their children home, social turmoil may, however, result because liberal teachers and homosexual activists respond poorly to opposition.

The goal of the Walkout is to tell public school administrations, teachers, and school boards that schools have no business allowing classrooms with captive audiences to be politicized. The Walkout conveys that message in the only language schools administrations and school boards that are terrified of homosexual activists understand: loss of funds.

Schools have every right to prohibit students from refusing to speak during class. Schools have every right to prohibit teachers from refusing to speak in class. Schools have an ethical obligation to inform parents about the Day of Silence and to tell both parents and students that students may remain silent during passing periods and free periods but that they may not refuse to speak during class. And teachers have the right to create classroom activities that require verbal participation. This is one way conservative teachers can work against the relentless efforts of liberal teachers and students to use public schools to promote their subversive beliefs.

Here is some little known information about the Day of Silence:

The homosexual clubs in public schools that serve as the water carriers for GLSEN put up posters, host bake sales, and distribute cards, buttons, and stickers. Such activities are permitted by the Equal Access Act, a federal law that requires all extracurricular clubs to be treated the same. There is no law, however, requiring schools to permit students to refuse to speak in class. In fact, the DOS website posts this statement from the ACLU:

You DO NOT have a right to remain silent during class time if a teacher asks you to speak. [emphasis added]

Political activity in the service of highly controversial issues should not be permitted to disrupt instructional time. The Day of Silence is not centrally about ending bullying. The Day of Silence cynically exploits legitimate anti-bullying sentiment as a means to achieve GLSEN’s ultimate goal: the eradication of conservative beliefs on the nature and morality of homoerotic activity and “transgenderism.”