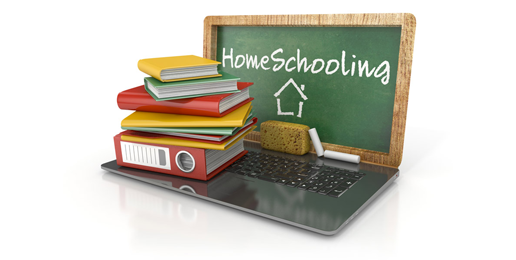 The number of homeschooling families has doubled since the coronavirus pandemic began, surging to the point that one in ten families are now educating their children at home, according to an explosive new Gallup poll that was barely noticed. The exodus from government schools, meanwhile, continues to accelerate.

In 2019, Gallup’s survey showed that fully 83 percent of families had their children in traditional government schools. Six months into the coronavirus crisis, the latest figures for 2020 show just that only three fourths of children are now in traditional public schools, and those numbers are declining fast.

With government schools imposing increasingly outlandish mandates under the guise of fighting COVID19, the ongoing exodus from government schools and other traditional forms of education is expected to continue accelerating. The collapse in government education seen over the last six months may be just the start of a new trend.

By far the biggest change in the education landscape came from homeschooling numbers. In 2019, only 5 percent of families were homeschooling their children. According to Gallup’s 2020 numbers, that figure has now doubled to 10 percent — and the poll specifically excluded those doing government school at home via “remote” online learning.

In short, the numbers went from one in twenty families educating their children at home in 2019, to one in ten families doing so just half of a year after the coronavirus crisis began. Because homeschooling families tend to be larger with more children, the percent of students being homeschooled is likely even higher than the 10 percent figure would suggest.

“This major event is potentially transformational because people are breaking the bonds with the public schools that they might not have before,” said Vice President Jim Mason with the Home School Legal Defense Association, adding that he had never seen an increase of this magnitude. “But in the process, they may discover that they actually like home-schooling.”

Other surveys and polls — mostly unscientific ones — have been suggesting for months that there would be a massive boom in home education due to the government’s response to COVID19. As The Newman Report documented in May, a poll showed that as many as 15 percent of families said they were considering homeschooling.

Anecdotal data from states suggested that the surge would be massive as well. In North Carolina, for example, the state’s website to process “notice of intent” letters filed by families crashed due to unprecedented demand. In Vermont, authorities reported a massive increase in notices from families as well.

This Gallup poll, though, released in late August but with virtually no significant media attention, is the first scientific survey proving what analysts have suspected for many months: The homeschooling revolution is getting a massive boost from the government’s coronavirus-related lockdowns.

Other interesting information from the Gallup poll is the fact that about half of Americans are dissatisfied with the quality of K-12 education in the United States. The other half apparently either homeschool, uses high-quality private schools, or are completely oblivious to what is going on in education.

The only positive news for advocates of government education is that in 2019, only 2 percent of families had their children in charter schools, which are funded and heavily regulated by government. Today, about 5 percent are now in charter schools, with some of those being peeled away from private and parochial schools that are truly independent.

The coronavirus and the government response have been the single greatest driver of growth in homeschooling in decades. However, as with their totalitarian response to the virus, the tyrants who want government to control all children will not allow parents to simply reclaim their young en masse. The fight is just beginning. Be ready.

This article was originally published at Freedom Project Media.