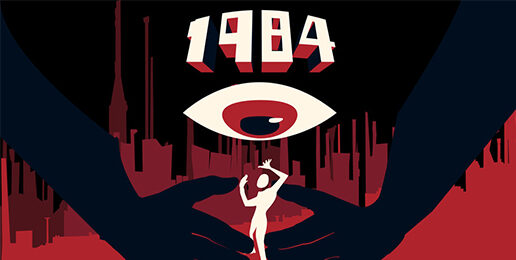 One of the many remarkable aspects of this time in America is that all the forces of oppression about which George Orwell warned in his novel 1984 are present and growing, and many of the oppressors can’t see it. Ironically, many of the oppressors view themselves as paragons of virtue when, in reality, they’re paragons of virtue-signaling, which constitutes a performative cloak of invisibility that conceals their totalitarianism.

In Orwell’s portentous novel, he describes four government ministries, one of which—the Ministry of Truth—“concerned itself with news, entertainment, education, and the fine arts.” Orwell wrote,

While our news, entertainment, education, and fine arts are not institutionally linked to the government, they are ideologically bound together in an unholy alliance that seeks to indoctrinate society just as Big Brother does in 1984.

Through falsified birth certificates and drivers’ licenses, the state colludes with mainstream news outlets, entertainment, and educational institutions to scrub history by identifying men and women as the sex they aren’t. Try looking for information on the actress Ellen Page. Within hours of Page’s recent announcement that she was no longer a woman, the disparate minions in the Ministry of Truth began scrubbing history, changing “Ellen” to “Elliot” and replacing all pronouns that refer to her with deceitful male pronouns.

Acts of hatred and deceit against the human person are now called “love” and “authenticity” by those practiced at the art of Newspeak.

Orwell wrote, “If the Party could thrust its hand into the past and say of this or that event, it never happened—that, surely, was more terrifying than mere torture and death.”

It’s happening now, and it is terrifying, indeed. Now we have intrusive Big Government—including government schools—in cahoots with Big Tech to control the past, the present, and the future. Social media has created algorithms and inconsistently applied “community standards” to suppress the dissemination of not only ideas but also news.

Orwell explains that in the government-mandated language of Newspeak, “Doublethink means the power of holding two contradictory beliefs in one’s mind simultaneously, and accepting both of them.” When I worked at Deerfield High School, two English teachers, Michael Wolf and Jeff Berger-White, sent a letter to the local press which was signed by half the department in which they argued,

It is difficult for … people … to simultaneously hold conflicting opinions. But this difficulty should not prevent us from attempting to do so. The best work we do in our classrooms is to highlight how multiple understandings are true, and that the validity of one idea does not necessarily negate the validity of another.

I’m pretty sure they read 1984 but seemed to have missed the point.

In their letter, they acknowledged that “certain doctrine” that “may not allow diverse and conflicting views to coexist” still have a “cherished place” in their classrooms—unless those doctrine are “malicious.” Guess which views on sexuality the gods of government schools have declared malicious.

The vehicle for our rocketing trip deep down into our subterranean Orwellian dystopia is “trans”-cultism. The world we’ve entered is the anti-science Transtopia where, in Orwell’s words, “Reality exists in the human mind, and nowhere else.” The propellant that reality-denying “trans”-cultists and their fearful and/or foolish collaborators use is Newspeak.

Newspeak, like the speech rules leftists impose today, is intended to control thought:

It was intended that when Newspeak had been adopted once and for all… a heretical thought… should be literally unthinkable. … This was done partly by the invention of new words, but chiefly by eliminating undesirable words and stripping such words as remained of unorthodox meanings. … [T]he special function of certain Newspeak words. … was not so much to express meanings as to destroy them.

In two now-famous quotes, Orwell illuminates the troubling views of tyrants about language:

“It’s a beautiful thing, the destruction of words.”

“But if thought corrupts language, language can also corrupt thought.”

On December 8, 2020, the University of Michigan’s Information and Technology Services’ “Words Matter Task Force”—Ministry of Truth for short—issued its spanking new Newspeak lexicon. Acknowledging that “language is powerful,” the Ministers of Truthiness have published a document with banned words and “recommended” replacements along with a bewildering array of action steps to ensure widespread compliance. The banned list—which is “not exhaustive and will continue to grow”—are those words deemed by the Ministers of Truthiness (aka Thought Police) to “harm morale, and deliberately or inadvertently exclude people from feeling accepted” or “cause people to feel alienated.”

Here are a few of the alienating terms (left column) and their “recommended” Newspeakian replacements (right column):

This list reveals that the left is teaching people to be offended in order to maintain their cultural power through intersectional-identity grievance politics. My anecdotal experience with even leftists suggests virtually no one has been offended by most of these expressions as they are commonly used until the last five minutes of history. And the faux-offense now being asserted didn’t arise naturally. It had to be beaten into them by the hammer of tolerance wielded by far-left social justice warriors.

It also raises a question for leftists: If a word’s history is largely unknown and its current meaning is inoffensive, why eliminate it? Why not be thankful that the old ugly association has been supplanted by a new innocuous one?

If, on the other hand, we must commit to linguistic stasis, then shouldn’t we retain the historical meaning of, for example, pronouns?

And what if I’m offended by being commanded to use pronouns based on “gender identity” rather than on biological sex?  What if, because I’m deeply committed to science, reality, truth, and the First Amendment, I’m offended by attempts to socially coerce language compliance in the service of a political agenda?

Orwell wrote that “Power is in tearing human minds to pieces and putting them together again in new shapes of your own choosing.” Yep, that pretty much describes what 16+ years of secular education does to children.

Under an article about the University of Michigan’s Ministry of Truth on the College Fix website, one waggish fellow left this perfect response to the banned words list:

Every member of the Words Matter Task Force has sold his or her ideals down the river. This black-and-white thinking only ever leads to blacklists, and shunning people off the reservation while the crazies enjoy a crippled picnic. To be thrown under the bus for being the low man on the social-justice totem pole is to be grandfathered into the ever-growing community of gypped guys and gals, excluded when the masters change the rules of polite society into one of a dummy society where every utterance is weighed for a privileged account. Even asking for a sanity check of these lunatic brown-baggers puts you at risk of being professionally, if not personally, disabled. They may start by cracking the whip rhetorically, but their rhetoric inevitably leads to insane physical realities sooner or later.

In short, kiss my grits, sweetie.

Orwell said something else “progressives” will hate: