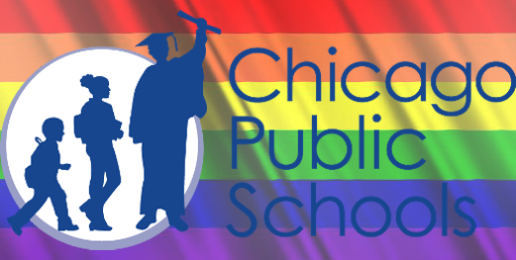 These new guidelines apply to all schools from elementary through high school, and they apply not just to restrooms and locker rooms but to overnight school trips as well. Now boys who wish they were girls will be able to stay in rooms with girls and vice versa.

These morally and intellectually incomprehensible guidelines also apply to “gender non-binary” students who don’t “identify” as either male or female and to “questioning” students who aren’t yet sure which sex they would like to be. In other words, these students may make their restroom, locker room, and hotel room selections in accordance with their fluid, unfixed sexual confusion.

The CPS guidelines also require faculty and staff to use opposite-sex pronouns when referring to gender-dysphoric students. Since pronouns correspond to one’s sex–not to feelings about one’s sex–this means that the government is requiring staff and faculty to lie.

CPS erroneously believes that these guidelines are necessary to create “an environment of complete tolerance and respect” for every “student and adult” and promote “safe and inclusive schools.”

The CPS is decidedly not, however, tolerating or respecting those who believe that physical embodiment as male and female is profoundly meaningful and is the source of feelings of modesty and the desire for privacy. These guidelines will not ensure the inclusion of those students, parents, staff, and faculty who believe it’s immoral to share restrooms, locker rooms, or hotel rooms with persons of the opposite sex.

If safety is defined as the absence of uncomfortable feelings, then these guidelines do not ensure the safety of those who don’t want to do their business with an unrelated person of the opposite sex doing his or her business in the stall next to them.

In the service of inclusivity, why not make all restrooms, showers, and hotel rooms completely co-ed? Why not allow all boys and girls to make these choices? Why should only students who wish they were the opposite sex or aren’t sure if they want to be a boy or girl be allowed in opposite-sex restrooms? Isn’t that discriminating based on “gender identity”?

Parents of CPS students are once again ill-served and disrespected by the Chicago Public School system.