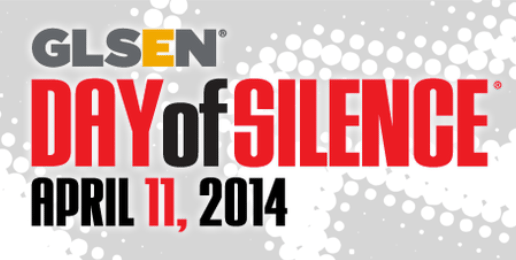 The Gay, Lesbian and Straight Education Network (GLSEN) seeks again to exploit captive audiences and disrupt instructional time in public schools for the purposes of transforming the moral and political views of other people’s children through the Day of Silence (DOS). Parents, however, do not have to sit by and passively accept this political action in the class. On the DOS, they can keep their children home.

GLSEN promotes the DOS as a bullying-prevention program. If that were its true goal, IFI and every one of the organizations who are urging parents to keep their children home would support the DOS.

Unfortunately, the ultimate goal of GLSEN and those who promote the DOS is to eradicate conservative moral beliefs. And they are using public schools to achieve that end, thus transforming education into indoctrination.

Every year middle and high schools see a new crop of students whose parents naively believe that public schools value diversity, honor all voices, foster critical thinking, and remain neutral on controversial social issues. Many parents have no idea the extent to which pro-homosexuality propaganda pervades our schools. And many have never heard of the Day of Silence.

Here are just some of the ways public elementary, middle, and high schools are treating the controversial topics of homosexuality and gender confusion:

And what do conservatives do in response? Virtually nothing. There is, however, something easy they can do. If their children’s schools permit students to refuse to speak on the DOS, they can keep their children home.

Keeping their children home on the Day of Silence is an easy, safe way for parents to express to school administrations, faculty, and school boards that they—parents—oppose the promotion of non-factual Leftist beliefs about disordered sexuality in their schools to their children.

Every student absence costs schools money, and that matters much more to school administrators and school boards than the beliefs and feelings of conservative parents.

We recommend sending an email to your administrators, your child’s teachers, and school board members explaining why you’re keeping your child home. A sample downloadable letter is available on the Stay Home on the Day of Silence website along with answers to frequently asked questions.

Conservative Teachers: You too have a role in opposing this GLSEN-sponsored political action. You should plan activities that require students to participate verbally. There is far too much cowardice and acquiescence among conservative teachers to homosexuality-affirming activities. Both parents and teachers have an obligation to resist inappropriate curricula and activities in schools.

Here’s something else parents don’t know: Many teachers—including even some on the political Left—dislike the Day of Silence because it disrupts the school day and requires them to create or revise plans to accommodate student silence. And conservative students, many of whom have friends who identify as homosexual, dislike the Day of Silence because they know it implicitly condemns their moral, religious, and/or political beliefs. They know that the Day of Silence is not centrally about eradicating bullying, but rather about eradicating moral disapproval of homosexual acts.

Here is a list of the organizations that are urging parents to keep their children home on the Day of Silence:

For further information, including parental instructions and the sample calling out letter, visit http://www.doswalkout.net/