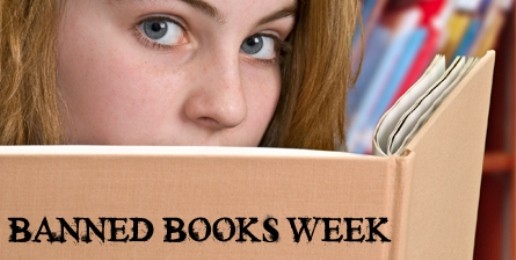 In response to last week’s article on Banned Books Week, multiple homosexuality-affirming websites have been apoplectic about the five story ideas about homosexuality and gender confusion I mentioned, particularly the hypothetical picture book about a bird who experiences joy when, after the deaths of her fathers, she is adopted by a father and mother.

These websites make two errors: They twist what I actually said (no surprise there) and ignore the fact that I wasn’t recommending any of the hypothetical books. Rather, I was wondering aloud whether librarians would apply consistently their own anti-book-banning propositions. I was wondering if they would request those kinds of stories in order to fill gaps in their book collections. I was wondering if librarians would include stories in their book collections with which some children may identify but that convey ideas “progressives” don’t like. I was suggesting that “progressives” engage in a more absolute form of “book-banning” than the kind of which they accuse conservatives.

The anger of “progressives” on these websites demonstrates that they are far more, shall we say, “passionate” in their opposition to books they don’t like—including even book ideas—than are conservatives. “Progressives” become enraged in the presence of a story idea—including book ideas that haven’t even a suggestion of hatred. Their anger confirms my point. When conservative parents challenge an actual book, “progressives” ridicule them (which includes librarians ridiculing their own patrons). When I merely describe hypothetical stories, the Left goes ballistic.

Homosexuals have once again revealed their hypocrisy. In response to the story ideas I described, they are howling in rage: How dare I even propose a story that suggests some child somewhere may want a mother and a father or that a teen may not like the promiscuity of her fathers or the emotional and relational instability of his mothers. If this is how homosexuals respond to a story idea, imagine if such a story were published and purchased and displayed in a library? Librarians better be ready for the jackbooted agents of change—you know, the anti-censorship crowd.

Ah, how the liberal ironies abound.

I also received a few colorful email messages from critics that reveal a lot about the Left’s inability to read closely; the nature of their commitment to diversity, tolerance, and truth; and their lack of understanding of Scripture.

(Mr. Boro quotes from my article), “Will they ask for picture books that show the joy a little birdie experiences when after the West Nile virus deaths of her two daddies, she’s finally adopted by a daddy and mommy?”

How anyone can wish the death of parents is a vile c***. I can only imagine that when this despicable, poor excuse of a human being dies there will be thousands dancing on her grave to celebrate that she can no longer can spew forth her hate. How sad it must be to be filled with so much hate and venom.

You as an organization are so far from Christianity it is frightening.

(Mr. Lange begins with same quote), “You have gone WAY too far and crossed some serious lines.  Do not EVER call yourself a “christian” or a “pro-family” person…as I can finally see you that display the characteristics of neither.  Advocating the death of any person you deem unworthy or putting any child through that scenario you describe is abhorrent and certainly NOT “pro-family”.

I will in fact thank you, however, for opening my eyes.  This shock has allowed to me to see you and this organization for what it is….nothing but hateful prejudice disguised as “faith”.

I just wanted to take a moment to express my disgust and disappointment with the current article by Laurie Higgins.

What kind of sane person spews the divisiveness and hatred, like she does and did?  Certainly not a religious, god-fearing person.  Anyone with even a tiny bit of knowledge of the bible and the teachings of Jesus, would see just how far off the mark she is.  She claims to be a happily married mother and wife, and yet her pre-occupation with the sexual behaviors of others, is disgusting, and frankly, a bit concerning.  Why does she feel it is her duty to deny others, get into their lives, and dictate what people read and how parents raise their children?  At the very least, taking the scriptures to heart, she should be loving, caring, and if you really believe, subservient.  Instead, she prattles on, dispensing hateful advice on what our children should and should not read.  Dictating how our schools and libraries should be stocked.  She has no excuse for her behavior, and your employing of her, and publishing her filth, is tacit acceptance of her behavior.

Enough!  Walk the walk, or shut up.  You either believe and love your god, or you act like this woman.  Hypocrisy is evident, and that takes away from the legitimacy of your organization.

F*** you. You are evil. How dare you wish teens identify with loss instead of love.

The claims that I wish “the death of parents” and advocate the deaths of people I “deem unworthy” are both peculiar and false. I described a story in which a bird lost her homosexual parents and was subsequently adopted by a father and a mother. There was nothing in my description that expressed a wish for or advocated the deaths of parents. The bird’s joy results from her adoption—not the deaths of her parents. If I were to suggest a picture book about a child who experiences joy at being adopted by a young mother and father after the deaths of her grandparents who had been raising her, would I be accused by anyone of wishing for or advocating the deaths of grandparents? I suspect not, which points to the kind of ideological oppression the Left seeks.

And I don’t deem homosexuals unworthy. Quite the opposite. I consider their lives—both temporal and eternal—of infinite value. My moral opposition to homoerotic activity does not diminish my recognition of their infinite value, because I don’t believe their identity or worth is defined by their sin.

The hypothetical story I described suggests, rather, that children deeply and inherently long for both mothers and fathers. Are Boro and Lange asserting that there exists no child adopted by two men or two women who longs for the mother or father of which they have been intentionally deprived?

While the Left claims to want stories with which children and teens identify, my anonymous critic believes that it’s the task of authors to direct children to feel a certain way. He doesn’t want any books published that reflect children’s feelings about same-sex parenting that the Left doesn’t like. Instead, he wants only books in libraries that direct children on how to feel about the absence of either mothers or fathers.

A word about love: To treat someone with love requires first an understanding of what is true. If homoerotic activity is, indeed, immoral, unhealthy, and destructive to both temporal and eternal lives, it is the very antithesis of love to affirm homoerotic activity and relationships.

When Mr. Lockwood suggests that I demonstrate little knowledge of Scripture and that I should “walk the walk, or shut up,” he ignores the biblical truth that while loving his creation, God hates much that we humans choose to engage in, including homoerotic activity. That is made clear in both the Old and New Testaments.

Is “the walk” to which Lockwood refers, the walk of God who says that homoerotic activity (among other behaviors) is detestable and that none who engage in it will see the kingdom of Heaven? Or is “the walk” the walk of Jesus who says that marriage is the lifelong union of one man and one woman? Does the walk include God’s mandate that his followers should expose the “the unfruitful deeds of darkness,” declare “the whole counsel of God,” and be willing to be hated because the world first hated Jesus?

Or did Mr. Lockwood mean I should walk the walk of a heretic, denying those parts of Scripture that are difficult, counter-cultural, inconvenient, and will make the world hate me?

For most of my life, I paid little attention to either the private or public activity of homosexual activists, but then their activities became too troubling to ignore:

In other words, they began demanding the entire public square to themselves.

Mr. Lockwood is wrong: It is “progressives,” not conservatives, who seek to dictate what people read and how children are raised. It is the Left that imposes their values and assumptions about homosexuality on all families through public schools, while censoring all resources that dissent from their homosexuality-affirming dogma.

It is the Left that believes that kindergartners should be exposed to Leftist assumptions about homoeroticism and gender confusion in public school.

It is the Left that engages in defacto censorship in library book collections.

Perhaps the resentment generated by my book ideas is evidence of the claim Robert Oscar Lopez—who was raised by two lesbians—makes in his article “Same-Sex Parenting: Child Abuse?“:

“Normalization” [of same-sex parenting] demands a kind of silence from multiple parties in a child’s life. The child’s lost biological parent(s) must keep a distance or disappear to allow two gay adults to play the role of parent. Extended family must avoid asking intrusive questions and shouldn’t show any disapproval through facial expressions or gestures. Schools and community associations have to downplay their celebrations of fatherhood or motherhood (even canceling Father’s Day and Mother’s Day in favor of “Parenting Day”). The media have to engage in a massive propaganda campaign, complete with Disney productions featuring lesbian moms, to stifle any objections or worries. Nobody must challenge the gay parents’ claim that all is being done for love. Does the silence of so many surrounding parties reverse the sense of loss?

No. The child still feels the loss, but learns to remain silent about it because her loss has become a taboo, a site of repression, rather than a site for healing and reconstruction.

I’ve learned that truth and accuracy is less valued by “progressive” ideologues than are lies and distortion in the service of their unholy cultural quest for ideological conformity to false and destructive ideas.