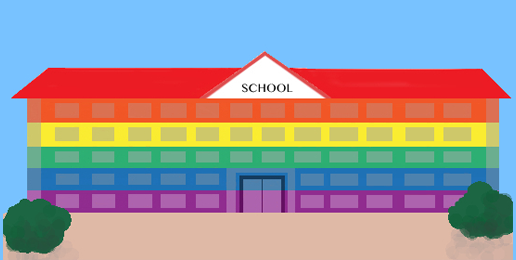 Over the last few generations, Christianity has declined at a massive rate in America, with millennials becoming the first generation in American history with self-proclaimed Christians in the minority. Now, the culprit is becoming clear to everyone: Government. In particular, anti-Christian, anti-God indoctrination masquerading as “public education” has been the key driver of those trends.

While it is a widely held misconception that government schools became more secular as the culture did, the reality is that the “public education” system was always intended to turn Americans against God. Indeed, it was created for that purpose. And it has been phenomenally successful in pursuing that goal, with most Christian children abandoning the faith after more than a decade in a public “school.”

According to a massive report headlined “Promise and Peril: The History of American Religiosity and Its Recent Decline” from the neoconservative American Enterprise Institute, the record is clear on the issue. It is not urbanization, or more education, or the progress of “science,” or even more welfare spending, that has so thoroughly de-Christianized America and the rest of the Western world.

Instead, the data and the historical record show that the more tax money a secular government spends on “education,” the more the public will turn away from God. “Childhood religiosity was heavily affected by government spending on education,” wrote AEI researcher Lyman Stone in his report, perhaps stating the obvious.

“Thus, while more educated people were not less religious, societies that spent more public money on education were less religious,” Lyman found. “It is not educational attainment per se that reduces religiosity, but government control of education and, to a lesser extent, government support for retirement.”

Other researchers have theorized that simply receiving more “education” could explain the trend away from faith and Christianity. However, researchers Raphael Franck and Laurence Iannaccone, who studied the issue in depth, noted that “higher educational attainment did not predict lower religiosity: More and less educated people are similarly religious.”

Similarly, the move toward cities and industrialization could not explain the trends either. Ironically, the two researchers found the opposite. “A more urban and industrialized population was associated with greater religiosity,” the report states, adding that even government welfare largely taking the place of churches supporting the poor did not explain the catastrophic plunge in religiosity.

Indeed, according to Lyman, who also cites other researchers, secularized education provided by government that banishes any mention of God “can explain nearly the totality of change in religiosity.” As he puts it, “increasingly secularized government control of education … can account for virtually the entire increase in secularization around the developed world.”

This is exactly what Scripture warns of. “Train up a child in the way he should go; even when he is old he will not depart from it,” reads Proverbs 22:6. Jesus warned in Luke 6:40, “A disciple is not above his teacher, but everyone when he is fully trained will be like his teacher.” And yet American Christians continued to send their children to anti-Christian government schools.

This was deliberate, of course. “The decline in religiosity in America is not the product of a natural change in preferences, but an engineered outcome of clearly identifiable policy choices in the past,” the AEI report explains, again stating the obvious.

This writer has investigated those policy choices in depth. It began with anti-Christian Communist Robert Owen in the early 1800s, who created what whistle-blower Orestes Browson described as a “secret society” to promote the then-radical idea that government should “educate” children.

Horace Mann and John Dewey, the architects of America’s government “education” system, also used “public school” to wage war on Christianity and individual liberty. The outrageous 1962-1963 U.S. Supreme Court rulings against Bible and prayer in school merely formalized the revolution and put the final nails in the coffin.

Decades after sensible conservative leaders such as E. Ray Moore of Exodus Mandate began sounding the alarm and calling for Christians to leave government schools, even the Big Government neo-“conservatives” at the anti-Trump National Review have finally caught on.

“For religious conservatives who care about the fate of American culture, it cannot be emphasized enough that education is the whole ball game,” wrote Cameron Hildtich in NRO in an article about the AEI report. “All other policy areas amount to little more than tinkering around the edges.”

“The time has come for religious parents to take their children back from the state,” he concluded. “It simply will not do anymore for faithful Americans to drop their sons and daughters off at the curbside every morning for the government to collect as if they were taking out the trash…. the only real road to religious revival is the one that begins with each parent’s first step out of the public school’s doors.”

Finally, the fact that government schools have brainwashed generations of Americans against God and the church is becoming too obvious to hide. Whether it is too late to turn the tide in America and the rest of the West remains to be seen. But at this point, what is clear is that religious parents of all faiths must run for the exits of the government indoctrination system — now.