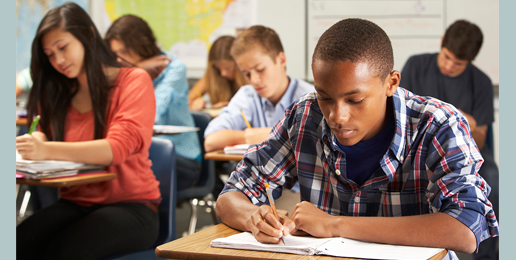 Getting Creative with Education
Written By John Stonestreet   |   10.24.17
PRINT

As stories pile up of public schools teaching first-graders it’s normal to have two mommies or two daddies or hosting “coming out” events for transgender students, one might sympathize with the urgency many parents feel to get their kids out of “government schools.”

But for some, such as those lacking the time and resources for private schools or homeschooling, the options are limited. And let me be clear: There are many good public schools and many dedicated Christian teachers in those schools who deserve our support. But it’s also clear that current trends don’t bode well for public education in America.

So perhaps it’s time for the historic Christian commitment to creativity in education to make a comeback. Glenn Sunshine, a Senior Fellow here at the Colson Center, often says that wherever Christianity goes, education follows.

The examples are stunning: from the monasteries in Ireland that preserved learning and civilization after the collapse of the Western Roman Empire, to the cathedral schools that reintroduced education to Europe and eventually evolved into universities, to the Brethren of Common Life that churned out some of the most brilliant minds of the Reformation, like Erasmus and Martin Luther.

Then there are figures like Hannah More, who helped bring education to women and poor farmers in England. Or William Carey, “the father of modern missions,” who helped consolidate Indian languages and facilitate education on an unprecedented scale there. I literally could go on and on.

These Christian forebears should encourage us, even as the American education system groans beneath federal bureaucracy and secular ideology intent on deconstructing reality, to join in this Christian heritage of educational innovation.

Thankfully, there are already some good models to look to and take seriously. For example, there are innovative charter schools, many of which are led by Christians. And I’ve worked with many private Christians schools over the years that are not only committed to academic excellence and virtue cultivation, but also to being more accessible. And then there are the para-educational programs that supplement school—before, during and even beyond college and graduate school—cultivating leaders, like Summit Ministries, Impact 360, Link Year at Kanakauk, plus post-graduate programs like the John Jay Institute or the Blackstone Fellowship.

Another set of options, which my wife and I are particularly pumped about, is what you might call “hybrids.” We homeschool, but we don’t do it alone. Partnering with other homeschooling families to offer a common curriculum and hold once-or-twice-weekly classes can be a powerful way to educate and still become part of a larger, like-minded community. Our daughters take advantage of both in-person and online hybrid opportunities.

But among the most exciting models are those reaching students in places where opportunities have long been scarce. The gold standard for this is Chicago Hope Academy, which boasts an unmatched record for affordable, private, Christian education in the inner-city among families that traditionally would not be able to afford any educational choice.

Now in my view, none of these emerging models are in and of themselves “the solution.” But all of them together are heirs to the rich Christian heritage we have of creativity in and commitment to education. Taken together, they’re the beginnings of a promising alternative to state-run education. And we ought be clear on this point as Christians: no matter what we use among the public, private, homeschool or hybrid options, ultimately the education of our children is a parental responsibility—one that we cannot outsource.

This is no time for guilt-tripping or judgment. Rather, we’ve got to build on this momentum, and join the long tradition of Christians educating the next generation with excellence, even if in less-than-ideal circumstances.