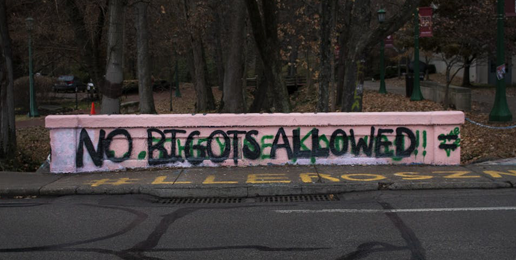 It started with a tweet. (What doesn’t these days?) But before we go into the content of it, here’s how a few news outlets headlined it:

Here’s what happened. On November 7th, Indiana University Kelley School of Business Professor Eric Rasmusen tweeted an article from an alternative media webzine. The title of it, “Are Women Destroying Academia? Probably,” was, granted, provocative. Rasmusen, perhaps feeling a bit punchy, added an up-the-ante pull quote from it: “geniuses are overwhelmingly male because they combine outlier high IQ with moderately low Agreeableness and moderately low Conscientiousness.” And from there, the twitterverse was off to the reactionary races. No one, as far as I could tell, bothered to actually read the article.

So, in the interest of fact-finding, I did. It discussed different traits common to women and men and then raised the question of how those traits may or may not serve the purpose of academia. Women, it said, tend to be more empathy-driven, sensitive toward others, and concerned with getting along and not hurting people’s feelings. Meanwhile men, generally more socially inept and driven to solve problems, don’t care so much about giving offense.

And then it put forth its central contention. If the purpose of academia is the pursuit of truth – an effort which necessarily requires rigorous, unemotional examination of facts and arguments – then an overemphasis on empathy may compromise the mission of the academy. Or, putting it in the terminology of the pull quote, if a university’s governing ethos too heavily favors agreeableness, then genius breakthroughs of new insight – which usually come at the expense of breaking rules and offending the status quo – are less likely to happen.

Which Will Rule: Reason or Emotion?

Now, one may agree or disagree with that contention. Or one may take issue with some part or another of the argument. But to do either one would require reading the article, engaging with the points it makes, and calmly analyzing the argument as if there is some discernible truth worth pursuing. This is how engaging with ideas works, and people who think rationally come to reasoned conclusions this way – by weighing and cross-examining competing ideas.

But ironically (and devastatingly indicting for IU as an academic institution), the official statement from IU Provost Lauren Robel, only served to validate the article’s point. First, she restated the scathing ad hominems against Professor Rasmusen in her own words – without giving any evidence that she’d read the article or engaging with anything he said. And, in so doing, she utterly failed as an academic to parley in the realm of objective truth or the facts of a matter. Then, she reacted at length from a place of raw emotion. Rasmusen’s views are “stunningly ignorant” and outdated. She finds them “loathsome,” condemns them “in the strongest terms,” and [supports IU’s] colleagues and classmates in their perfectly reasonable anger and disgust.”

Kelley School of Business Dean Idie Kesner’s statement, reflected the same sentiments and emphasized her commitment to ensuring a “non-threatening,” “respectful, and inclusive environment” that is “supportive of diversity.” Neither woman engaged with the argument in the article or with anything specific that Professor Rasmusen actually said.

And so, what the dustup revealed was this. In the place dedicated to ideas, emotions were in charge. Whether you agree with Professor Rasmusen him or not, the whole episode validated the point of article he tweeted and showed him to be light years ahead of his accusers as an academic.

Several years ago, I picked up a simple two-question rubric for responding to false accusations from University of North Carolina-Wilmington professor Mike Adams. He applies it to an accusation of racism, but it’s applicable to any of the stock ad homenims now in vogue. As Adams explains it, it’s a way of responding to bad speech with better speech. You ask for a definition of the “sin” with which you have being accused. Then you invite the accuser to present evidence to support the charge based on the definition of the term. It’s a supremely reasonable tactic to have on hand.

Rasmusen’s accusers, for example, called him many things, but the only accusation remotely relatable to the kerfuffle at hand was the charge of sexism. Given the chance, then we might pose two simple questions to any would-be accusers:

Honestly what could be more reasonable (and potentially peaceable) than inviting your accuser to state her case by defining her terms and presenting evidence? This is not a sport for the emotionally weak, though, so be wise and compassionate in the way you go about it. People have varying capacities for reason, but that is precisely why rational questions should be posed. These two questions serve both as a diagnostic of that capacity and as an invitation to grow it.

**For a helpful exercise in growing your own capacity, read the article, then click here and work your way through Professor Rasmusen’s point-by-point response to Robel’s statement.