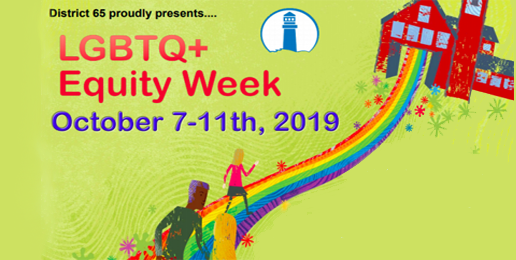 Last week School District 65, which serves the racially, ethnically, and religiously diverse Evanston and Skokie, Illinois communities, went whole hog on disseminating a controversial ideology to captive audiences of other people’s children who came to school with open minds and hearts into which “progressives” poured  poison masquerading as inarguable truth. District 65’s celebration of “LGBTQ+ Equity Week” offers a glimpse into the kind of pernicious indoctrination that the cunningly named “Inclusive Curriculum” bill signed into law by Governor J. B. Pritzker will bring to Illinois school children.

The mess of poisonous pottage was a project of the Gender and Sexuality Educator Alliance (GSEA), “a group of educators in Evanston/Skokie School District 65 who seek to advocate for inclusive schools for parents, students, and staff.” The GSEA has some eye-popping goals that include,

So, what did the leftist activists instruct faculty to teach other people’s children? Here’s just a bit from the guidelines:

Leftists have concluded that families headed by homosexuals who intentionally deprive children of either mothers or fathers are “cool,” so they will use government schools to advance that idea. But family structures they don’t view as “cool” are omitted. But here’s the rub. Some people don’t view families led by homosexuals as cool and they don’t want their children exposed to any images of or ideas about them—and certainly not leftist views of the coolness of them.

Some naïve readers may think the reference to the “flag” is to the American flag. No such luck. It’s a reference to the rainbow and “trans” flags that 4 and 5-year-old children—who should know nothing about cross-sex passing and homosexuality—were expected to be able to “explain the importance of.” Our government schools are not only introducing preschoolers to sexual perversion but also affirming it to them.

First grade: For five days straight, six-year-olds were to be taught Leftist pronoun rules using a book titled They, She, He easy as ABC, which is described on Amazon as “a… much-needed picture book about pronouns and gender fluidity.” It begins with this: “Ari loves to arabesque. They hold their pose with ease.” Ari, a single child, is referred to by the third-person plural pronoun “they.”

Children were to “introduce themselves, choosing pronouns” from those in the book—which includes “ze” and “tree” as pronouns—and “explore foundational concepts in pronoun use, presentation, and bias.” Whose understanding of bias do you suppose the children were exposed to? To be clear, public school teachers are teaching 6-year-olds incorrect grammar in the service of advancing a Leftist sexuality ideology.

Grades 2 and 3: “Students will analyze a traditional fairy tale through an inclusive lens, ensuring gender neutrality and culturally relevant content. Students will learn basic LGBTQ+ vocabulary. They will recognize and discuss stereotypes, and create their own inclusive folk tale to share with lower grades.” Did you catch that? District 65 teachers were encouraged to force 2nd and 3rd graders to disciple younger students in the “LGBTQ+” religion.

Grades 4 and 5: Teachers were instructed to have 9, 10, and 11-year-olds play a matching game in which they would match terms to definitions. The terms were cisgender, gay, lesbian, binary, gender identity, gender expression, sex assigned at birth, bisexual, transgender, and preferred pronouns. Teachers were urged to have students examine “androgyny” and study these photos: 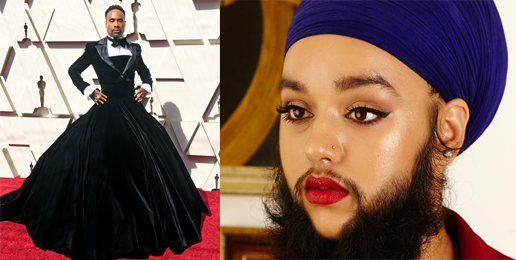 By the end of the week students were to have created “their own gender inclusive and diverse advertisement for a product,” which they would then “present and ‘sell’… to the class.”

Grades 6, 7, and 8: The title for the week’s unit for 11-14-year-olds was “Activism: Breaking the Binary.” The curriculum overview explains that “During this week-long curriculum, students will interact with content that encourages the allyship, visibility, and activism for the LGBTQ+ community. Students will… think outside the binary norms of society. They will become familiar with LGBTQ terminology in order to become better allies, learn significant historical events & people that contributed to the LGBTQ rights movement, and take a deeper look at the relationship between activism strategies and major change.”

Wowzer. No need to speculate about the agenda of leftists for taxpayer-funded schools. They’ve got the power now, so subterfuge is no longer necessary. Their goal is to transform the moral, political, and ontological beliefs of other people’s children and turn them into activists who will continue promoting the anarchical sexual revolution. No matter if these leftist beliefs conflict with the moral, political, ontological, or theological beliefs of these children’s parents. Leftists are presumptuous and self-righteous enough to violate both parental trust and their pedagogical obligations. This curriculum goes far beyond the requirements of the school indoctrination law—which itself goes beyond proper ethical boundaries. This curriculum is a totalitarian imposition of controversial leftist assumptions about sexuality.

Virtually every term, presupposition, and concept employed by the cultural regressives who designed and approved this indoctrination curriculum is debatable. Will dissenting definitions, presuppositions and concepts ever be taught? Lol. No way. Regressives have proclaimed from on high that dissenting views are hateful and, therefore, they rationalize their censorship of them.

In the service of concealing the non-factual, controversial nature of the “LGBTQ+” ideology that the GSEA and its accomplices are dumping on and pouring into children, they do what Leftists always do: manipulate language. In other words, they engage in Orwellian Newspeak. Just slap the magic words “equity,” “inclusivity,” “safety,” or “cultural competency” onto whatever moral or political dung they want to preach, and abracadabra, assumptions become “facts” and indoctrination becomes “education.” It should be clear to everyone by now that the biased ideologues, censors, and oppressors who foster intolerance, division, and exclusion and transform education into indoctrination are regressives who absurdly call themselves “progressive.”