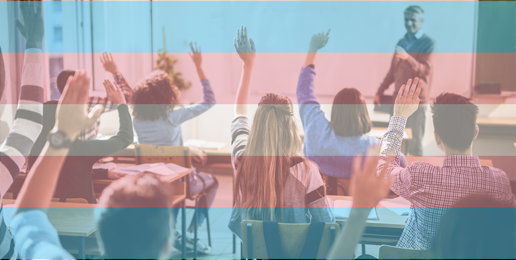 According to documents and media reports about the scandal, the National Association of Independent Schools (NAIS), which accredits almost 2,000 private schools in the United States and beyond, hosted a “professional development” conference in partnership with the pro-transgender group Gender Spectrum. These schools teach many of America’s future elites.

Among other goals, the conference was aimed at teaching school staff and leaders how to address “the increasing gender diversity across the K-12 experience,” the NAIS said. Of course, no mention was made of the fact that the increase in “gender diversity” among children is due almost exclusively to the indoctrination of school children by groomers.

The costly professional development conference was aimed at teachers, school leaders, administrators, curriculum developers, and other “education” professionals from the NAIS network. The NAIS tried to justify the scheme as producing more “well-being” on campus.

“Schools that implement gender-inclusive practices support their commitment to diversity and enhance a climate of campus well-being,” NAIS said in announcing the scheme, without offering any evidence that brainwashing children with gender confusion would enhance anything other than confusion among children.

The NAIS’ Inclusive Schools Network Initiative was described by the outfit as “a yearlong professional development program that will help build a network of support and ongoing capacity-building among independent schools as they address the instructional, institutional, and social-emotional challenges and opportunities of gender-inclusive practice.”

According to the announcement, topics covered include “dimensions of gender, key terminology, and the spectrum framework for gender,” “making a case for gender education in schools,” a “train-the-trainer curriculum to support institutional development and change,” a “legal webinar and advisory designed for independent schools,” a “workshop” exploring “gender at the intersection of race, power, and identity,” and much more.

The Gender Spectrum group is more than a little controversial. One of its “partners” listed on its website is Align Surgical Associates, a group of quacks who specialize in the surgical mutilation of genitals under the guise of performing “sex changes.”

The Gender Spectrum group has also hosted seminars promoting double mastectomies for confused girls, “vaginoplasty” surgery, and “facial” surgery as part of its “Gender Affirming Surgery Series.” There are growing calls nationwide to formally criminalize the mutilation of children.

The premise underlying much of this is the claim, echoed by NAIS in its announcements, that “gender nonconforming” students were being “teased” or “bullied” by other children. In reality, it is students who reject the gender-bending propaganda who are mercilessly terrorized and abused.

The NAIS has been exposed even recently promoting similar transgender lunacy in the schools it works with. In fact, earlier this year, the organization was exposed peddling the “gender unicorn” as part of the NAIS “queer-inclusive” curriculum targeting children at age four.

The scandal surrounding NAIS, which primarily deals with non-religious private schools, comes as more and more Christian schools move toward “woke” policies as well. In fact, Christian education leaders have been sounding the alarm about major accreditation organizations for Christian schools, too.

Simply removing children from government indoctrination centers posing as “schools” is no guarantee that they will get a decent education — or be protected from dangerous brainwashing. In fact, as the NAIS showed, due diligence is absolutely essential.

This article was originally published by Freedom Project Media.