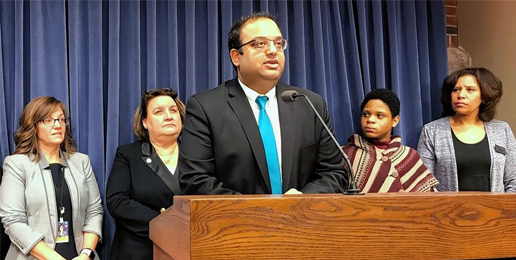 This article concentrates on one aspect of this, the concept that gender is mutable, and not tied to a person’s biological sex. Once you see how that small thing is so medically inaccurate, you can imagine how the rest of the bill is similarly self-defeating.

Until recently, what did Americans mean when we used the word “gender?” Here is a clue from an online dictionary that deals with the meaning and usage of words (etymology):

That is, gender is another word for describing male and female behavior, clothing, roles, etc. There is a 1:1 correspondence between sex and gender.

There is a recent push to redefine what gender means. You see this in modern dictionaries, which now add clauses about how gender has meanings “based on the individual’s personal awareness or identity.”[3] But do these dictionary changes reflect our actual use of the word? Or is this just another way to force us into accepting an expanded meaning, along with the behaviors that it implies?

Separating gender from sex is a recent invention

In practical use, “gender” helps describe the differences between men and women.

A gender role, also known as a sex role, is a social role encompassing a range of behaviors and attitudes that are generally considered acceptable, appropriate, or desirable for people based on their biological or perceived sex.[4]

That is, “gender role” and “sex role” are equivalent, are linguistically matched. So how did we go from “gender corresponds to sex” to “gender has no association with sex?” This appears to have been caused by the writings of the researcher John Money.[5]

According to Money’s theory, all children are born essentially psychosexually neutral at birth, and thus surgeons can make any child any gender as long as the sexual anatomy can be made reasonably believable. For this reason, it did not matter how the genitalia looked originally, according to Money, because you could always teach gender or sex roles.[6]

He claimed that a person’s sexual identity and beliefs can be taught, and can be chosen. In other words, someone can effectively be a man or woman – the gender role – without biologically being so. This assertion provides scientific cover for later advocates, who push the concept of “gender fluidity” we’re asking students to learn and believe.

But was Money being honest with his research and results? Or did it merely support ideas he already held? Consider his works:

With so much advocacy in his writings and sayings, it is hard to believe that his work is scientific. Those who build upon it also lack scientific rigor, for they build upon a foundation of sand. The research cannot be taken at face value.

How many genders are there?

To provide medically accurate lessons on sex education, we need to be able to say how many genders there actually are, and how to tell them apart. For each gender, we need to know what behaviors to look for, what might offend someone of that gender, and so on. There is no sense to being ignorant of those genders we expect our students to study and respect.

Gareth Icke writes that, according to Tumbler, there are 112 genders – so far![11] For example:

Are there really 112 distinct genders? For example, maybe “Abimegender” is merely a trivial variant of Admasgender? But in reality, none of this has been researched. It’s all just fad terms, with more being invented daily.

Gender identity is how a person feels and who they know them self to be when it comes to their gender. … Gender can be complex and people are defining themselves in new and different ways as we gain a deeper understanding of identities. Some terms may mean different things to different people.[12]

How many genders are there really? Here is a hint. When someone sees a doctor for gender reassignment surgery, how many choices of gender can they choose from?

Many genders? That’s not medically accurate

There is no solid science in “gender has no association with sex.” Yet we are asked to accept this as truth, and to require our school students to learn it as though it were medically accurate.

This is enough cause to oppose the REACH Act (SB 2762). Call your state senator and give him or her the what for.

This article was originally published at FixThisCulture.com.