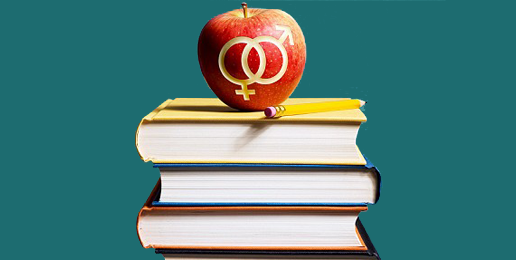 The Barna Group recently published a study conducted last November – with nearly 1,300 American adults age 18 and older – and discovered that the role of sex education is as important as ever, but Americans continue to debate whether teaching safe sex or abstinence is the way to go in the schools.

American adults were asked whether they think it is fine for teens to have sex if it is consensual and if they use contraceptives.

“Thirty-seven percent of all adults affirm such sexual activity among teens –and males much more so than females (46 percent and 28 percent, respectively),” Barna divulged. “Sexual behavior is a topic on which generations predictably disagree, and Millennials really stand apart. Among Millennials, more than half (54 percent) feel consensual, safe sex among teens is OK.”

It was also found that an overwhelming majority of adults believe teens are not ready for sex and should not be encouraged to engage in it – even if it is labeled “safe.”

“While seven in 10 adults (71 percent) believe sex education classes should primarily use practical skills to reinforce waiting for sex, a smaller majority of Millennials agree (57 percent),” the researchers disclosed. “This compares to much higher rates among Gen X (74 percent), Boomers (75 percent) and Elders (85 percent). The other 43 percent of Millennials believe sex education should communicate that teen sex is OK, so long as young people consent and use contraception. Overall, only 29 percent of adults agree with this approach. Additionally, Millennials (38 percent) are more likely to say federal funding should be used to support this point of view, compared to Boomers (9 percent) and Elders (6 percent).”

Having children affects one’s take on the issue.

“Those with children under 18 (77 percent) strongly believe sex education should support a message of waiting, while those without minor children still favor this idea albeit to a lesser degree (68 percent),” Barna reported. “Even so, parents who are actively raising children are more likely to say teen sex is OK (48 percent vs. 31 percent of those not raising children). Given that Millennials and Gen X are most likely to currently have children under 18, these statistics indicate that young parents may struggle with the tension between their broader progressive values and a desire for their own children to be selective.”

Those who have tied the knot realize the importance of teaching children to wait until marriage before having sex.

“Married people (80 percent) and those who have been divorced (76 percent) are most likely to say the primary message of sex education should reinforce waiting, in contrast with the 57 percent of those who have never been married and 58 percent of those who have ever cohabited,” Barna’s report reads. “Nearly all married (91 percent) and divorced (92 percent) people also believe it’s at least somewhat important that teens be encouraged to avoid sex. Among those who have never been married, three-quarters (73 percent) agree. It’s possible the experience of commitment in marriage fosters a less lenient view of sexuality, or that holding stringent perspectives encourages people to pursue marriage.”

When it comes to the greatest influence that shapes adults’ views on teen sex and sex education, faith was found to be at the top.

“When asked what primary message sex education classes should offer, 78 percent of self-identified Christians and 86 percent of practicing Christians agree it should be a message that uses practical skills to reinforce waiting for sex,” the Christian research organization pointed out. “By comparison, 52 percent of non-Christians agree. The group most enthusiastic about this approach is evangelicals, with 94 percent in agreement. Church activity makes a difference as well. Among weekly church attenders, 84 percent agree that sex education should encourage teens to wait. This presents a marked contrast with those who attend monthly (79 percent) or less often (63 percent).”

It is agreed that preparing teens for responsible and meaningful relationships with the opposite sex is a crucial aspect of sex education, but how this is communicated is often debated by American adults.

“When considering federal funding for sex education approaches, the highest percentage of Americans (43 percent) believe the two approaches should receive equal funding: telling teens they’re allowed to be sexually active as long as contraception is used, and giving teens skills to help them hold off on sex,” those conducting the survey found. “Among those who endorse one view or the other, 37 percent say most funding should go to the latter approach, while one in five (20 percent) supports the former. Practicing Christians are more likely to support funding for abstinence, with half (51 percent) favoring this approach and only 9 percent saying federal funding should support a message that condones safe sex. For evangelicals, the preference is very strong, with 80 percent advocating abstinence. This dramatically outweighs all other groups: non-evangelicals (47 percent), notional Christians (34 percent), people of other faiths (34 percent) and those of no faith (21 percent).”

“When questions about sex education are framed within the context of information about teens’ habits and concerns about at-risk behavior, people’s views become slightly more conservative,” the researchers noted. “For example, when informed that the majority of teens are not sexually active, and that fewer are sexually active today compared to teens 20 years ago—facts that surprised two-thirds of respondents (65 percent)—77 percent indicate that a message that reinforces waiting for sex should be the primary approach to sex education. Before they received this information, 71 percent held this view. Women are more influenced by this knowledge, shifting from 72 to 82 percent who advocate for a message of waiting. All generational groups became more favorable of this message, with the biggest difference emerging among Millennials, who moved from 57 percent to 64 percent.”

How teen sex is presented makes a world of difference to those answering the survey.

“When reminded that the Centers for Disease Control describes teen sex as ‘at-risk behavior,’ like smoking and drinking alcohol, the vast majority (84 percent) claim it’s important to encourage teens to avoid sex, [while] 3 percent say they are unsure,” the pollsters revealed. “Without that information, only 53 percent had said teens should be encouraged to wait to participate, and 11 percent were unsure. One thing all Americans are well aware of: it’s vital to teach teens that condoms offer limited protection against STDs, and other contraceptives offer none. Eighty-one percent of adults and a majority of all segments say this is very important.”

Obama out, Trump in

President Donald Trump wasted little time in office before defunding Obama’s Teen Pregnancy Prevention program, which was previously slated to give grantees $200 million through 2020. The recipients missing out on the funding, along with several Democratic lawmakers, wrote the Department of Health and Human Services (HHS) a letter outlining their frustration about the “safe sex” program coming to an end.

“This action is short-sighted and puts at risk the health and well-being of women and our most vulnerable youth who depend on the evidenced-based work that TPP Program grantees are doing across the nation,” a group of Democratic senators vented to HHS Secretary Tom Price, according to Fox News.

After learning that Obama’s safe-sex program contributed millions of dollars to Planned Parenthood, many were not surprised to see Trump give it the axe.

Federal agencies are among the first to admit that Obama’s so-called Teen Pregnancy Prevention program did little to nothing to protect teens.

“Furthermore, Health and Human Services Department spokesman Mark Vafiades indicated that the Teen Pregnancy Prevention program has little to no impact on teen health,” Townhall’s Cortney O’Brien stressed. “Vafiades said the evidence of a positive impact is ‘very weak,’ and the Trump administration wants to support a program that ‘provides youth with the information and skills they need to avoid the many risks associated with teen sex.’”

Many experts continue to warn about the detrimental effect sex education has when it focuses on safe sex.

“[E]xperts … have evidence that these sex ed programs are nothing more than a social movement,” O’Brien asserted. “In many classroom syllabi, ‘educators’ expose teens and children to graphic images, teach them that sexuality is ‘a natural and healthy part of life,’ and sometimes even omit the dangers associated with sex.”

Besides encouraging kids to have sex and instructing them about how to use contraceptives, it is argued that the content in Obama’s sex-ed instruction are nothing short of pornography.

“Many classes have become unapologetically pornographic, yet many parents are unaware their kids learn dangerous messages laced with obscenity in the guise of ‘health education.’” WND reported last September. “The good news is that some parents are aware.”

Finally having enough, many parents are now refusing to silently stand by while their children are being subjected to pornographic content touted under the label of “sex-ed.”

“A growing parent-led movement in many districts will opt children out of these gross, inaccurate tutorials, or remove kids from public schools altogether,” WND’s Linda Harvey informed. “Schools in Omaha, St. Louis, Nashville and Honolulu are battlegrounds of huge controversies over X-rated lessons.”

“But sadly, far more funds under Obama are allocated to abortion/contraception/homosexuality-promoting programs, called ‘comprehensive sex education’ or ‘sexual risk reduction,’” the pro-family advocate maintained. “These programs smash youth innocence and discretion. Many ask young adolescents to handle condoms by fitting them on artificial penises or bananas as early as the seventh grade.”

For years, public school’s sex-ed curricula has been laden with the former president’s pro-LGBT agenda.

Michael F. Haverluck
Michael F. Haverluck has been the voice of numerous nationally recognized Christian organizations for more than a decade, communicating God’s Word and relaying practical ways to live it out is still at the center of his ministry. Being a true leader isn’t about reigning in authority and influence … it’s about being a servant (Matthew 20:25-28)....
Full bio and more from Michael F. Haverluck