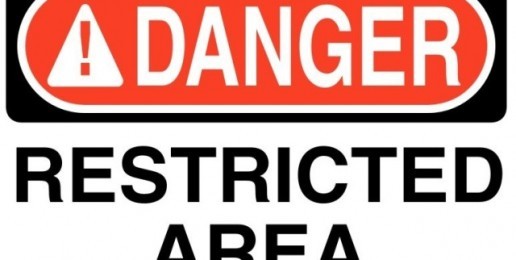 Your child goes to class and the teacher opens discussion by saying, “I want you all to think about the things that turn you on.” Then she distributes a handout entitled Activity E: “What Turns You On???”

Then the guide instructs the teacher to give a warning: “You really can still do all the things you listed that turn you on as long as you are clear about setting boundaries with your partner prior to having sex.”

These are directions for sex education material that will meet new curriculum standards that Illinois lawmakers could vote on this week. Legislators could decide whether comprehensive sex education such as the classroom activity described above will be the standard for Illinois schools – at the same time they’re deciding what to do about expanding gambling, fixing the pension problems and digging Illinois out of its worst budget crisis ever.

But that’s exactly when things like this happen, while the media spotlight is elsewhere.

The Mokena-based Illinois Family Institute sounded the alarm this week on HB 3027, the bill that would require all public schools to teach comprehensive sex education like that in the Horizons curriculum.

The bill’s sponsor, state Sen. Heather Steans (D-Chicago), points to the teen pregnancy rate increase as proof abstinence education doesn’t work. Currently, schools may choose between comprehensive sex ed or abstinence ed, or a combination of both. Steans is ready to eliminate the abstinence option.

For years, more federal funding has gone to comprehensive sex ed than to abstinence education. In fiscal 2008, the feds spent $176.5 million on abstinence ed for teens and $609.3 million on pregnancy, prevention programs for sexually transmitted disease and family planning services.

But since 2008, the Obama administration and Congress have eliminated all federal spending on abstinence ed and dumped more funding into comprehensive sex ed.

Steans’ idea to remove the choice of teaching students to wait for marriage to be sexually intimate reflects the current cultural groupthink that “they’re going to do it anyway” and throws in the towel on promoting the confidence that learning to say “no” instills.

With HB 3027, not only will parents be bullied by a state-mandated curriculum to allow their teens to be sexually active, they’ll be forced to pay for the end results in taxes to local high schools and medical bills for their sons’ and daughters’ sexual experiments.

The whole thing is embarrassing, outrageous and ridiculous.

On one hand, American parents are shocked and appalled when they hear presidential candidates accused of past inappropriate sexual advances. In the 1980s, sexual harassment charges were common, and millions of dollars exchanged hands in settling lawsuits from “unwanted touching” between workplace superiors and underlings.

Ethics and workplace training reprogrammed workers’ thinking about the legal and financial ramifications of inappropriate and illegal behavior, and most learned not to mention sex or sexual topics around colleagues.

Now our immature and socially inexperienced students are learning the opposite. They are being encouraged to speak openly about sex and explicitly about what makes them feel good.

The Horizons sex ed materials instruct teachers to tell their students to be clearly set boundaries with their partners prior to having sex. The message is that there are no limitations when it comes to sex, as long as its mutually agreeable. That’s a dangerous concept for minors to absorb.

Nowhere in Horizons’ lesson plan is the warning that adults over 18 who engage in sexual intercourse with underage partners are committing statutory rape. Nowhere in the lesson plan are they reminded about the danger of sexually transmitted diseases or the ramifications of pregnancy.

Only in subsequent lessons do students learn how to apply condoms with the “Open, Pinch, Roll and Hold – OPRaH” method to ward off STDs and HIV-AIDS while doing what turns them on.

After decades of this form of sex education, there are two things we’ll see disappear from the American scene – sexual innocence and cultural shock, especially when a presidential candidate is accused of sexual harassment.

This generation of students is learning that expressing a desire for, or being involved in, immoral behavior is socially acceptable. They’re learning it’s all about how and where boundaries are mutually agreed upon and drawn.

And, yes, they’re learning all about what turns them on.