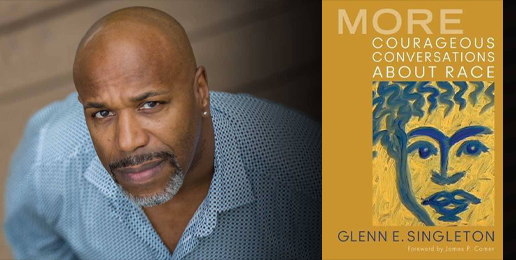 A Story of Actual Racial Injustice in an Illinois School District
Written By Laurie Higgins   |   10.12.20
PRINT

Here’s a story of actual racial injustice that happened in a liberal North Shore school district: District 113. As you read this, imagine if the Hispanic community in Highland Park and Highwood, Illinois had known this story as it was taking place.

In 2007, District 113, which is composed of Deerfield and Highland Park High Schools, received a federal grant of thousands of dollars because Highland Park High School (HPHS) had failed to make “Adequate Yearly Progress” (AYP).  AYP is a tool for measuring how well a district’s students perform on standardized tests under the controversial No Child Left Behind Act.

The reason HPHS’ scores on standardized tests failed to make AYP is that HPHS has a sizeable Hispanic population from primarily neighboring Highwood. Most of these families do not have the financial resources available for private subject area and test-prep tutors as many Highland Park and Deerfield families do, and in many of these families, English is not spoken at home.

To be clear, District 113 had received a hefty federal grant to help Hispanic students score better on standardized tests. And what did the administration and school board chose to do with those taxpayer dollars?

Between spring 2007 and spring 2008, District 113, using both the federal grant and some  district money, spent approximately $83,000 to hire the San Francisco-based shyster Glenn Singleton and representatives from his Pacific Educational Group to come  seven times to District 113 to teach employees about their “whiteness.”

Every time Singleton or his representative came, every administrator, every department chair, two teachers from every department and area (e.g., multi-media, custodial pool, technology, secretarial pool) from both high schools attended all-day meetings during which they discussed their “whiteness.” This meant that all the participating employees missed seven days of work or classes.

The $83,000 included $53,000 for Pacific Educational Group’s fees, travel expenses, and per diem; $10,000 for hiring substitute teachers for all the teachers who were absent from class to attend the all-day indoctrination seminars; and $20,000 to feed all the district attendees at the swanky Highland Park Country Club where the meetings took place.

Ironically, both Singleton and his facilitators explicitly stated at the time that neither he nor his book (Courageous Conversations) on which his “consultations” were based provided any solutions for the problem of underperformance of minority students on standardized tests.

Singleton also preposterously claimed that neither poverty, nor language issues at home, nor lack of family support, nor family mobility contributes to the racial learning gap. The causes, Singleton claimed, are “institutional racism” and “whiteness.” Singleton also declared that anyone who disagrees with his preposterous theories is “gifted at subverting reform.”

He explicitly exempted Indians and Asians from the category of “persons of color.” Why would that be? If America is systemically racist against persons of color, and if this systemic racism is the cause of the underperformance of students of color on standardized tests, why exempt them? And why do Indians and Asians manage to excel on standardized tests in the face of systemic racism?

Could it be that Singleton tacitly admitted—and hoped no one would notice—that language issues, lack of family support, mobility, or poverty may, indeed, contribute to the racial learning gap? Could it be that systemic racism didn’t exist in District 113?

I asked the District 113 School Board and administration at the time how even in theory would having secretaries, custodians, and teachers miss school to talk about their “whiteness” at the Highland Park Country Club help minority students improve their test scores. They offered no answer–as in, they literally said nothing.

Imagine if the educationally and economically disadvantaged Hispanic community had known the shameful truth that District 113 had had thousands of dollars available to help their children score better on standardized testing and used it instead to line Singleton’s pockets while district employees talked about their whiteness and noshed at the Highland Park Country Club.

In a recent article in The New York Times Magazine about “antiracism” re-education, writer Daniel Bergner told this story about attending one of Singleton’s indoctrination workshops:

At my table, Malik Pemberton, a Black racial-equity coach at a middle school, who had been a teenage father, wanted to talk, he said in the softest of voices, about “accountability,” about how “it starts inside the household in terms of how the child is going to interpret and value education,” about what can happen in schools “without consequences, where they can’t suspend.”… One of Courageous Conversation’s “affiliate trainers,” stationed at the table, immediately rerouted the conversation, and minutes later Moore [another affiliate trainer] drew all eyes back to him and pronounced, “The cause of racial disparities is racism.”

Glenn Singleton is a slicker version of Al Sharpton, a manlier version of Nikole Hannah-Jones of the 1619 Project, and a blacker version of White Fragility author Robin DiAngelo. He sells the same divisive, racist Critical Race Theory dogma just gussied up in different packaging.

Hans Bader writing for the Competitive Enterprise Institute shared that Singleton—who has been hired by wealthy school districts all around the country, including in Evanston, Illinois—teaches teachers that,

“white talk” is “verbal,” “intellectual” and “task-oriented,” while “color commentary” is “emotional” and “personal.”

This is disturbingly similar to the ideas in a chart posted by the Smithsonian Institution’s National Museum of African American History and Culture on their online portal about race and racism—a chart the Smithsonian was forced to take down and apologize for.

The chart promoted the false and racist idea that the following are “aspects and assumptions” of communities of color: 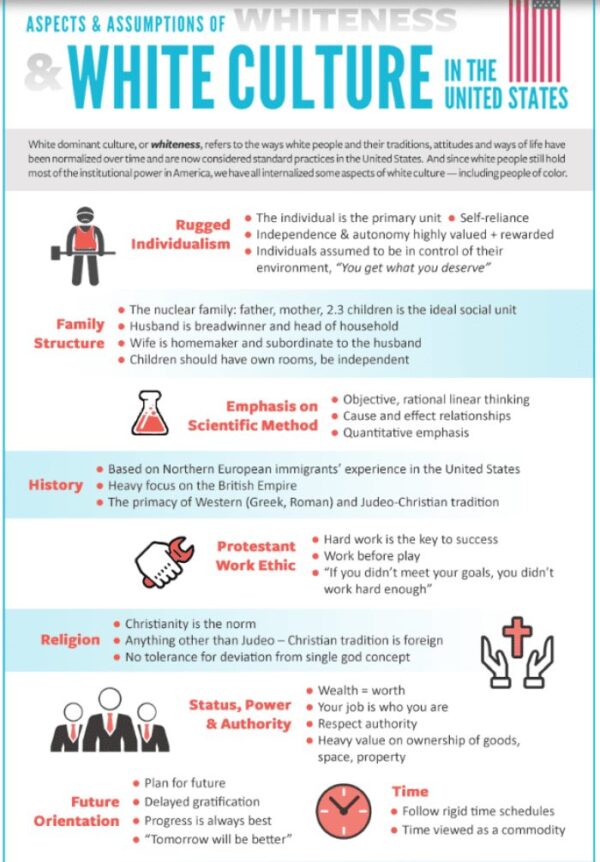 Critical Race Theory and its many ugly faces solves no societal problems and creates many. IFI is deeply thankful that the Trump administration has ceased the use of federal funds for promoting Critical Race Theory, which is fomenting race and class warfare in America.

“Progressives” have obscenely exploited the disadvantaged among us for votes and power for decades. “Progressives” pretend to care about the impoverished even as they promote policies that destroy their families, their schools, and their communities.