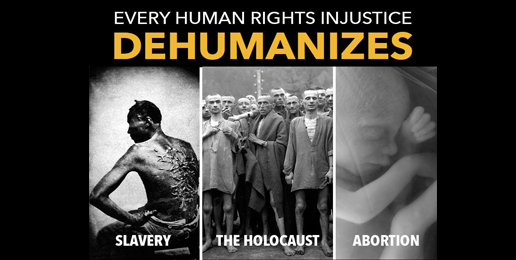 
Recently congressional U.S. Senate Democrats again blocked a vote on the Born-Alive Abortion Survivors Protection Act, which would require medical professionals to give the same medical care to a baby who survives an abortion as they would to any other baby of the same age, and to take the baby to a hospital.  Why doesn’t a born alive baby have a right to healthcare? How is that too much to ask? The definition of murder is the taking of an innocent life, I ask you, is there a more innocent life than that of a new born baby?

I have noticed some democrat policies parallels with the Nazi party of Hitler’s Germany. Please note, I am not saying democrats are Nazis. The Nazis were socialists; the National Socialist German Workers Party. The democrat party pushes for socialism.  Both the democrat party and Hitler’s Nazi party provide support for abortion policies. Both the Nazi party and the democrats are anti-Jew and Israel. Recent anti-Semitic comments by a couple of congressional members should have been met with condemnation by U.S. House Speaker Nancy Pelosi and the Democrat Party, it was not.

Both the Nazi and the democrat party’s policies support gun grabs. Both the democrat and Nazi parties support big oppressive government. Both parties support censorship, limited free speech, and limited freedom of religion. Both parties get media propaganda support for their respective parties, the Nazis controlled the media in Hitler’s Germany. The liberal media in the U.S. appears to be an arm of the DNC. The Democrat’s Russian collusion hoax and campaign to smear President Trump proves that.

I’m waiting for apologies, but not holding my breath. In my opinion, history will judge democrats harshly. The democrat party needs to turn from these evils and rebuild their moral foundation.