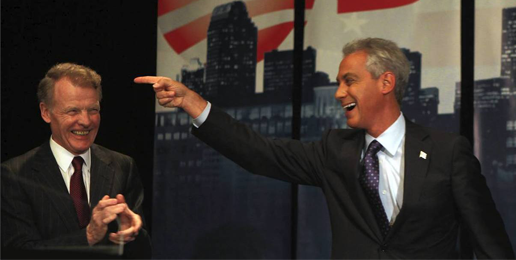 Political leaders in Chicago have done practically nothing to stop the outrageous inner-city violence and murder rate, yet they champion Planned Parenthood’s work to murder pre-born human beings, which disproportionately target black & brown babies. Can you say “eugenics” — “racism” — “genocide”?

It is also vitally important to note the media’s silence in holding these so-called leaders accountable for the state of mortality in Chicago. Yes — the aggregate death rate is staggering.

The “community activists” who continually elect the same snollygosters in Chicago somehow believe that they will steam the violence and murder rates by sponsoring public tantrums that shut down expressways? First the Dan Ryan and then Lake Shore Drive? This is not only foolish, but it is entirely selfish and counterproductive.

Wise clergy members, community activists and true statesmen would be focusing on the root problem to this alarming bloodshed — fatherless homes and family breakdown. This is the most effective way to deal with the gang problem in the Chicago and every urban center that is dealing with gang chaos, crime and cruelty.