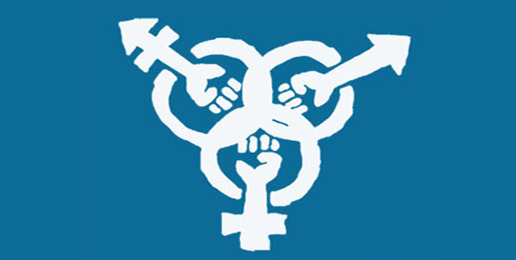 The Dark Forces Behind the Transgender Revolution
Written By John Biver   |   04.20.18
PRINT

Long-time conservative activist Cliff Kincaid recently interviewed Liberty Counsel’s Mary E. McAlister. They covered a lot of important ground in a little over 30 minutes. Here is the intro to the video interview (see below):

Mary McAlister of Liberty Counsel discusses the Soros-backed transgender revolution in America, including its “progress” under former President Obama and what President Trump is doing to reverse the damage to our nation and our families.

Transgenders, including children forced to undergo these medical procedures and experiments, suffer genital mutilation, become sterile, and have a high suicide rate.

McAlister and host Cliff Kincaid also address the fact that one of the transgender pioneers was Dr. John Money, who also promoted sex between adults and children.

Kincaid opens by asking McAlister how the transgender movement could have moved so far so fast. She explained that “It’s all part of an orchestrated event that has been really in the works for 20-30 years. It’s been very systematic.”

Obama’s presidency and the U.S. Supreme Court’s decision “legalizing” homosexual “marriage” has given these “sexual revolutionaries” the courage to move faster, McAlister explained. The overall goal is to “undermine the entire Judeo-Christian foundation of the country,” to destroy the nuclear family so chaos results and the government is empowered to take total control of society.

Kincaid and McAlister also delve into some of the distasteful realities that are involved in transgenderism, namely, genital mutilation. McAlister shares the tragic story of Dr. John Money‘s experiment on David Reimer, a boy whose penis had been destroyed during a botched circumcision. David had a twin brother, and Money, a transgender pioneer at Johns Hopkins University, got permission from the parents to raise David as a girl in order to demonstrate that it is nurture, rather than nature, that determines sexual identity. David’s life was a nightmare of suffering that culminated in his suicide at age 38.

Mary E. McAlister
@MaryEMcAlister
Conservative Christian Wife Mother Lawyer Seeking to stop the satanic sexualization of our children and the destruction of the family

Both Kincaid and McAlister were unafraid of addressing the spiritual dimensions to the “trans” ideology:

Cliff: Using that word “satanic” [in her Twitter feed] — what do you mean by that?

Mary: It’s absolutely evil. God has made us in His image. He has set out rules for living that enable us to live rich and full and healthy lives…. All of what is going on is aimed at tearing all of that down. Well, we know who does that. That’s the enemy, Satan and his minions…. We’re in a spiritual battle. We’re not fighting against flesh and blood.

The depravity and irrationality gripping the nation, including even in elementary schools, testifies to the powers and principalities against which we wrestle.

The end game of this destructive force, which some refer to as Cultural Marxism, is the destruction of civil society. Once the family is destroyed, the government will step into the resulting vacuum and grow in power.

Join IFI at our May 5th Worldview Conference

We are excited about our fourth annual Worldview Conference featuring world-renowned John Stonestreet on Sat., May 5th in Medinah. Mr. Stonestreet serves as President of the Colson Center for Christian Worldview. He is a sought-after author and speaker on areas of faith and culture, theology, worldview, education and apologetic.  (Click HERE for a flyer.)

SPLC’s Slur Against and Apology-ish to Dr. Ben Carson