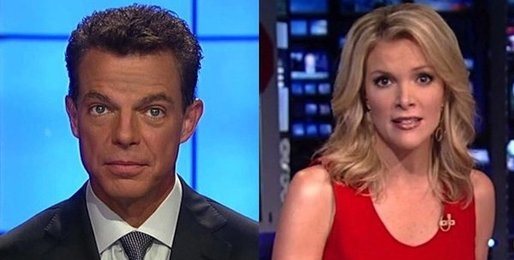 As part of a national journalism conference on Tuesday, August 20, America’s Survival, Inc. (ASI), a public policy organization, is officially releasing a new report on radical changes at Fox News that should cause great concern to pro-family conservatives.

“Pushing Sean Hannity out of the 9:00 p.m. slot, to make way for pro-homosexual advocate Megyn Kelly, is another sign of the channel’s left-ward drift and decline,” said ASI President Cliff Kincaid, a veteran journalist and media critic.

Mocking the Fox motto of “Fair, Balanced and Unafraid,” the new report is titled, “Unfair, Unbalanced and Afraid: Fox News’ Growing Pro-Homosexual Bias and the National Lesbian & Gay Journalists Association.” It is available in advance at the ASI website www.usasurvival.org.

The 40,000-word report, written by former reporter and social activist Peter LaBarbara, examines how journalism today, even at Fox News, “has become pro-homosexual propaganda, with many media stories appearing as if they were written by LGBT (Lesbian, Gay, Bisexual, Transgender) activists.” Like other major media, the report notes, Fox News through its parent company, News Corporation, is a long-time funder of the National Lesbian & Gay Journalists Association (NLGJA). LaBarbera runs the Americans for Truth about Homosexuality group.

The cover of the report features a photo of Fox News star and afternoon host Megyn Kelly posing for a photo at the 2010 NLGJA fund-raiser in New York City. Every year, Fox News violates basic journalistic ethics by joining other major media as a corporate sponsor of the NLGJA. The report cites documentary evidence that the coverage of homosexuality by Fox News is tilted in a left-wing direction, and that the channel has failed its conservative viewers. When Kincaid and LaBarbara sent a letter to Fox chief Roger Ailes earlier this year asking for a meeting on the subject, they were rebuffed.

At the August 20 conference, ASI President Kincaid will himself narrate a PowerPoint presentation on “The Rise and Fall of Fox News,” focusing on how the channel has gradually abandoned its viewer base and why conservatives should look elsewhere for news and information. Acknowledging that the channel began and succeeded as a platform for conservative voices ignored by the major media, Kincaid will nevertheless explain why he is troubled by a series of liberal hires at the channel and a new book that documents Ailes’ relationships with civil rights agitators Jesse Jackson and Al Sharpton. He will also discuss the real reason why Glenn Beck was fired from the channel. To cover or attend the conference, which is being held at the National Press Club in Washington, D.C., please contact Phil Kent at (404) 226-3549 and /or philkent@philkent.com.

While examining how various Fox News personalities have approached the homosexual issue, the new ASI report looks closely at Kelly, a so-called “rising star” at the channel who has a history of trying to “marginalize and discredit religious conservatives.” Sean Hannity currently hosts the show during the 9:00 p.m. time period that Kelly is reportedly taking over.

One of the examples cited is how Kelly emerged as a “Transgender Advocate” for “Chaz” Bono, after the former child actor switched genders from female to male. Kelly was “arrogant and belligerent” in a 2011 interview with Dr. Keith Ablow, in response to his excellent FoxNews.com article urging parents not to let their impressionable children watch “Chaz” Bono on “Dancing with the Stars.” Kelly’s hostile interview with Dr. Ablow reached a low point when she accused him of “adding to the hate” against transgenders.

The report adds, “Viewers should remember that it was Kelly… who set up Bill O’Reilly’s ‘Thump the Bible’ hubbub by stating that in her prior interview with Tony Perkins of the Family Research Council, she did not hear any ‘compelling’ arguments against same-sex ‘marriage.’ This led O’Reilly to enthusiastically agree and make his famous remark (which many Christians and conservatives found pejorative).”

“So-called ‘Bible thumpers’ and other Christians and conservatives who have been offended by Fox News should get the message,” says Kincaid. “This is a channel that has lost its way and that viewers should lose their way to on the remote control.”