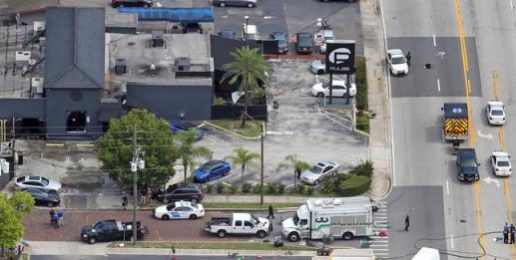 Tragedy struck again in the United States at the hands of a young man whose mind was poisoned by pernicious ideas and perhaps darkened by mental illness, this time at a well-known homosexual night club in Orlando, Florida.

There are numerous indicators that the shooter, Omar Mateen, was influenced by radical Islam. His father, however, suggests another motive. As of this writing, his father believes the primary or sole motive for the horror his son wreaked was his son’s anger about homosexuality which was intensified by witnessing homosexuals kissing when he was with his three-year-old son.

While it is justifiable to feel anger about public displays of perversion, especially in the presence of young children, hatred of those human beings who experience homoerotic feelings and affirm a homosexual identity is evil. Radical Islam, which foments hatred of and murderous acts against persons, is evil.

For followers of Christ, this should be a day of sorrow. Jesus stopped the Pharisees from stoning the woman caught in adultery, not because Jesus no longer viewed adultery as sin, but rather because he sought to redeem her. Christ in his mercy granted the adulteress freedom and opportunity to repent and follow him, just as he offers his free gift of salvation to all.

No one knows which of the men and women at the club were followers of Christ. It is the hope and prayer of Christians that all those whose lives were mowed down by a man consumed by malignant ideas and diseased feelings were saved by the blood of Christ before they died.

And now as our prayers turn to their loved ones, let’s pray that their hearts will turn to Christ: