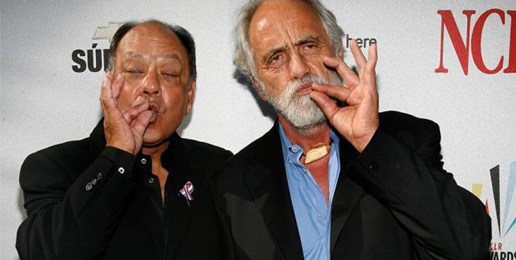 Not Your Grandfather’s Marijuana
11.21.18
PRINT

Marijuana is obviously not a new trend, and for the many adults who used it during their adolescence, there seems to be no lasting damage. That’s one reason why, over the past 50 years, the effort to legalize and normalize marijuana use has steadily grown into a movement that has changed minds and laws. So why make marijuana use a big deal now? After all, marijuana, compared to narcotic and psychedelic drugs, seems relatively harmless. However, the big issue here is that marijuana is much more potent now. Today’s marijuana has been hybridized by specialty farmers into an incredibly powerful mind-altering drug. A study labeled the “Functional Consequences of Marijuana Use in Adolescents” found that the average THC content of marijuana has increased from an estimated one percent in the 1960s, to just under three percent in the 1990s, to almost 13 percent today. Recent studies found that adolescent marijuana users demonstrated poorer performance on tests of attention, verbal learning/memory, sequencing, and psychomotor speed compared to non-using adolescents.

least until the early or mid-20s, “the brain is still under construction,” says Staci Gruber, PhD, Harvard neuroscientist and director of the Cognitive and Clinical Neuroimaging Core. During this period of neurodevelopment, the brain is thought to be particularly sensitive to damage from drug exposure.

The frontal cortex — the region critical to planning, judgment, decision-making and personality — is one of the last areas to fully develop, Gruber says. She has further shown that these commonly high levels of THC permanently degrade the brains’ “white matter,” which helps enable communication among neurons. This rewiring has been linked to major mental health issues including anxiety and depression.

Even so, state governments continue to normalize marijuana’s use and provide easier and easier access to it. As a result, marijuana has become the most frequently used drug by adolescents in the U.S., with statistics showing that 15% of adolescents have tried marijuana by 8th grade and 45% report use by 12thgrade, as published by the Journal of Drug Issues in 2015. The rates among high school students are increasing, with daily use the highest it has been in the past 30 years.

Of course, most states’ marijuana laws make its use illegal for those under 21, but, just like alcohol, the prohibition hasn’t prevented underage kids from getting their hands on it.

State lobbyists and political libertarians have worked hard to give recreational marijuana a positive reputation, gradually spreading its influence across the United States as its legalization movement expands, riding in on the white horse of the health benefits provided by THC marijuana’s therapeutic cousin, the non-psychoactive forms of medical cannabis.

So, why are states ignoring the growing body of evidence that recreational marijuana has long-term damaging effects on young brains and instead focusing their anger on the relatively benign nicotine addiction potential of smokeless vaping among the young?

It’s simple. The “sin tax” revenues that will come into government coffers from recreational marijuana sales, just like gambling revenues from state lotteries, will be significant.

That may be true, of course, but if lawmakers think that this tradeoff is worth damaging young brains and jeopardizing America’s future, they’re the ones that must be smoking something!

Erin Philen is an undergraduate student at the Annenberg School of Communications and Journalism at the University of Southern California.

This article was originally published at AmericanThinker.com