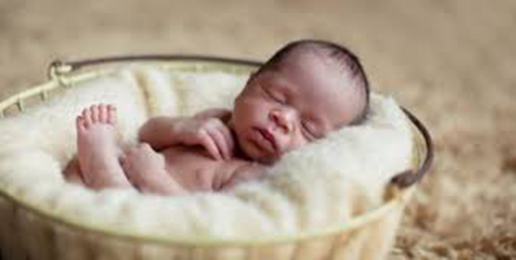 My question is this: How can we be truly pro-life if we include exceptions?

The argument is that no woman should be forced to deliver a baby conceived under horrible circumstances, such as having been raped the result of incest. Additionally, no woman should be forced to carry and deliver a baby when the pregnancy puts her life in danger, either due to complications arising from the pregnancy or from the delay of treatments relating to another illness. For many people, if you do not include these exceptions into your pro-life viewpoint, then they throw the whole deal out the window.

Before I answer the question above, let me first share with you a few stories, beginning with Rebecca Kiessling’s, taken from her website:

I was adopted nearly from birth.  At 18, I learned that I was conceived out of a brutal rape at knife-point by a serial rapist.  Like most people, I’d never considered that abortion applied to my life, but once I received this information, all of a sudden I realized that, not only does it apply to my life, but it has to do with my very existence.  It was as if I could hear the echoes of all those people who, with the most sympathetic of tones, would say, “Well, except in cases of rape. . .  ,” or who would rather fervently exclaim in disgust: “Especially in cases of rape!!!”  All these people are out there who don‘t even know me, but are standing in judgment of my life, so quick to dismiss it just because of how I was conceived.

Do the conditions surrounding her conception make Rebecca any less of a human being? Does she somehow become less human because she was conceived in rape?

Next, we look at the story of Cara Combs, who delayed cancer treatment in order to deliver her child at 28 weeks, against the advice of her oncologist. She was diagnosed with stage 4 Melanoma when she was 23 weeks pregnant, and made the decision with her husband to delay treatments in order to give their baby a fighting chance. This story has a sad ending being that Cara died from the cancer three days after giving birth to baby Shaylin. She had been scheduled to start immunotherapy 48 hours after giving birth. Cara died so that her daughter could live. Isn’t that what we do as parents?

There are many stories that could be shared on behalf of the many babies whose mothers chose to give them life, regardless of the personal health risk or the circumstances behind the conception. The fact is this: a baby is still a baby whether they are the result of rape or incest, or whether there is a health risk to the mother.

So why then do we go to the mat over these exceptions, when we know we are still talking about the killing of an innocent human being? We are willing to let legislation go down the drain that would end abortion in America, because we want some women in some circumstances to be able to choose their lives over the lives of someone else.

Not only do the exemptions not make sense from a moral standpoint, but from a numbers standpoint they don’t either. Let’s put some numbers behind this:

Operation Rescue reports that less than 1% of all abortions are due to the pregnancy being caused by rape or incest, and AbortionFacts.com asks the following question on life of the mother issues:

Are there rare cases when abortion is necessary to save the life of the mother? Yes. As mentioned above, these rare cases occur less than 1% of the time. In fact, even if you lump in all NON life threatening health issues that are cited by mothers as a reason for abortion then the total number only increases to 2.8%.

Planned Parenthood released their abortion numbers for the past year a few weeks ago, revealing that the abortion giant performed 323,999 abortions. That means that at the low end, 3,239 human beings are killed every year due to rape and incest, while at the high end the number comes out 9,071.  If something is killing thousands of people every year in the United States, that is preventable, shouldn’t something be done to stop it?

Before making a final argument, I just want to make sure that one point is understood, and that is the fact that I am not stating that dealing with this issue is an easy thing for those involved. I am not taking away from the fact that dealing with fatal health issues or rape and incest can be an extremely difficult and often traumatizing thing for a family. What I am saying, is that regardless of the situation, the person living inside of the mother is just that, a person. I just wanted to make sure that we understand that it’s not that I am unsympathetic, but that I have to stand where the Bible says stand, and that is on the side of life.

It may not be an easy thing to grasp, especially in these times, but Psalm 127:13 tells us that children are a gift from the Lord, and Psalm 139 reminds us that God knit us together, and that He knows everything about us from the time we are in the womb. The Bible tells is in verses like Jeremiah 7:6 and Exodus 23:7 warns us not to shed innocent blood, and Proverbs 24:11 instructs us to rescue those stumbling to the slaughter.

The God of the universe is not a God of halves, or partials, or almosts. For salvation, we are forgiven of all of our sins or none at all. We either trust Him fully or we don’t trust Him at all. We may stumble, but if we don’t submit fully to His will, we submit nothing. Why then, when it comes to an issue as major as life and death, would we go halfway, or carve out exceptions to the rule, and still allow innocent lives to be lost? To be pro-life with exceptions is like telling your spouse you will be faithful throughout your marriage…with exceptions.  It doesn’t really work.

This article was originally posted at AFA.net