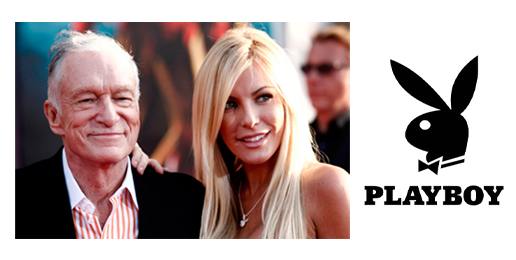 Hugh Hefner, the bachelor hedonist who brought us female exploitation and sex clubs, passed away Wednesday at the age of 91. The media has erupted in praise for his alleged championing of “free speech” through the pornographic magazine, Playboy, which was founded in Chicago in 1953. Hefner’s Playboy Club featured bow-tied women in bunny costumes, as “pets” of deviant and perverted men. In an article in The Washington Post, columnist Derek Hawkins points out:

He portrayed himself and his magazine as defenders of women’s rights, but his critics have called him anything but, pointing to his rotating cast of girlfriends, multiple divorces and general objectification of women in the pages of Playboy (“They are objects,” he once told Vanity Fair).

Christian pro-family groups have long believed pornography is not only degrading to women, but it reduces them to mere sex objects solely for the pleasure of men. And it should not be surprising that the “progressive” agenda for sexual “rights” was among Playboy’s themes.  In multiple ways, Hefner worked hard to advance the antithesis of Biblical morality, by helping to change the cultural understanding of God’s plan for human sexuality.  Hefner and other porn pushers were on the front lines of the culture wars for decades, even promoting the LGBTQ agenda before the media, academia and Hollywood became advocates for sexual amorality.

“Hugh Hefner leaves behind a legacy of sexual exploitation and public health harms,” says Patrick Trueman, President of the National Center on Sexual Exploitation. “Playboy popularized the commodification of the female body in soft-core pornographic magazines in the 1960s, and it laid the groundwork for the public health crisis of Internet pornography that America is experiencing today. Reams of research show that Internet pornography is linked to neurological harms, sexual dysfunctions, and increases in rates of sexual violence.”

“Hugh Hefner was not a champion of free speech. He was a pioneer in the sexual objectification and use of women,” Trueman continued. “Research shows that Playboy historically portrays female sexuality as subordination and universal availability to the male gaze. How can our society accept, let alone applaud, these messages about the value of women when we are simultaneously struggling with campus sexual assault, military sexual assault, and the culture of sexual harassment in Silicon Valley?”

Kimberly Drake, a former stripper in a topless club couldn’t agree more, pointing out that pornography dehumanizes women.  She depicts it well:

In Playboy, the centerfold is called a playmate. That makes her a toy. There are playboy bunnies and penthouse beavers, that makes her an animal. The problem here is that if she is seen as an object she can be used, abused and thrown away. If I wreck my car I might be sad I wrecked my car, but I can go out and get another one. This is just another lie it tells us about women. How then do we view ourselves? How does our spouse or significant other view women if he has been caught up in this lie? This attitude is a key factor in violence towards women.

To this point, Trueman stresses that it’s  “time to acknowledge the reality that Playboy is actually just another brand for old-fashioned misogyny.”

The Human Costs of the World Hugh Hefner Created

Playboy Was Dedicated to Replacing the Faithful, Married Man With a Rakish Figure

Hugh Hefner Did Not Live the Good Life

Hugh Hefner’s Legacy Is About More Than Sex

Hugh Hefner and the Sexual Revolution

Learn more about the public health harms of pornography: The National Center on Sexual Exploitation, Concerned Women for America and Focus on the Family.