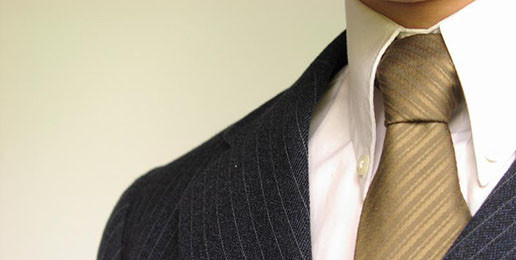 My adolescence was a social nightmare. I grew up in the rural South but didn’t fit the mold of Southern masculinity in the slightest. Sports piqued no interest in me; roughhousing made me nervous; slaying innocent animals seemed cruel and gross. Of course I never expressed such blasphemies—I wasn’t stupid! But I was everything opposite of what my Duck Dynasty-like culture insisted I should be. I was sensitive. I liked to read. I liked to draw. I liked to journal. I wasn’t your mud ridin’, hog huntin’ kind of boy.

The nightmare cranked up to a Freddy Krueger level of horror when I realized I was attracted to the same sex. While my male peers were crushing on girls, I was crushing on them. I didn’t utter the word “gay” to describe myself until I was 19 years old, and no one prior to that time knew about my so-called sexual orientation. But I knew. I was painfully aware of how abnormal, unmanly, distorted, and screwed up I was, which made relating to other guys . . . well, I just didn’t relate to them.

You could see how this might make life a little scary for me.

I really thought whatever god was responsible for creating me must have been a little drunk when he pieced me together. I never felt like a woman, nor did I want to be one, but I also didn’t feel like a man. I felt other, which made me feel inferior to other males and uncomfortable around them. I mean, sure, I had guy friends. But those friendships were a forgery. Those guys didn’t know the person I really was inside; they only knew the fake Matt—the Matt who played football, partied, and dated girls just to be perceived as normal. The real Matt Moore, the one I concealed from their sight, was constantly filled with fear and anxiety in their company since I didn’t believe I measured up to their standard of manliness. I felt less than what I was supposed to be. Incomplete. Distorted. Other.

Fast-forward six years through a lot of junk and drama, and I found myself a Christian in a new community: the church. Though my soul’s deepest need (reconciliation with God) was satisfied through being united to Jesus, the relational sphere of my life remained strangled by insecurity and feelings of inferiority. I still felt inadequate as a man and painfully uncomfortable in the presence of other guys.

So even in the church, the place where I should’ve felt most at home, I felt somewhat alienish. I saw Christian brotherhood beautifully displayed in the various churches I visited during the first two years of my new life in Jesus, but I didn’t believe I was “man enough” to fit into it. And I didn’t think I could handle the rejection I believed would come if I tried. So I lingered in the shadows of church life, attending services and then quickly escaping before any of the men could pin me down and invite me to “hang out.”

But one Sunday morning, I got pinned.

After the service concluded, I began to sneak out of the building when some guy literally began to yell my name. I turned around and slowly began making my way toward this unashamed shouter who successfully interrupted my escape. I recognized him immediately: Kyle. A couple of weeks prior, Kyle, a staff member at the church, had introduced himself via Facebook message after running across one of my blog posts, seeing my picture, and recognizing me as a regular visitor.

At his prodding, Kyle and I started meeting once a week for breakfast. Most guys I knew only got together to do things: throw the football, build something, shoot something, or other things I lacked the ability to do. This was the first time I regularly met with another man just to talk. I thought our conversations would be forced and awkward, but they weren’t—at all. They were fluid, honest, and comfortable. He didn’t shy away from my messy homosexual past or my ongoing struggle with those tendencies. He spoke comfortably about this struggle of mine, not painting it any weirder or worse than his own struggles. Kyle engaged me in a way that didn’t make me feel my personality and sin struggles invalidated me as a man. He treated me like an equal—an equal in Christ and an equal in manhood.

When I discovered Kyle was moving to New Orleans to plant a church, I prayed and decided to join him and his team. Months later, eight of us made our way down to the Big Easy and formed our own itty bitty church community. Though I experienced an unprecedented level of comfort and ease in my relationship with Kyle, I still retreated from the other two men in our super small church. However, just like Kyle, neither accepted my retreat. They both relentlessly pursued my friendship and made constant efforts to make me feel I belonged.

And by “make me feel like I belonged,” I don’t mean they tried to shape me into their image. They didn’t give me a guy-makeover, forcing me to go to football games or participate in other culturally masculine activities I didn’t enjoy. They sat down and talked to me. They invited me over for dinner or out for coffee and initiated conversations about things in which they knew I had interest. They asked about my life. They asked about my family. They told me about their life. They told me about their family. They shared their struggles in a way that showed me they didn’t view my same-sex attraction as worse or weirder than their own moral brokenness. These guys embraced the patient work of pushing through my walls and getting to know me.

After ample time with these men, I began to see we weren’t all that different. Sure, they loved football, and I didn’t. But aside from our different interests and hobbies (which I’d finally begun to believe have no bearing on how “manly” one is), we were similar people who loved Jesus and valued meaningful friendship. As I observed their lives they led, the image I had in my mind of what it meant to be a man started to crumble. A man could be gentle and compassionate. A man could be thoughtful and sensitive. A man could be a better conversationalist than he is a sportsman. A man could talk about women with respect and integrity. A man could struggle with various weaknesses. If these men, even with their deep flaws, accurately represented what it means to be a man, then I also met the standard.

Seeds of healthy confidence in my God-given manhood began to settle into my heart. I started to see God had wired into me truly masculine traits—such as compassion for the marginalized, a desire to protect and care for the weak, and a resilience to follow and obey Christ. And yeah, my sexuality is jacked up. But I finally started to see that my brokenness doesn’t invalidate me as a man. Every day I’m submitting it to the will and power of God. I could be straight as an arrow but still fall terribly short of manhood if I didn’t submit my heterosexuality to the revealed will of God. It’s more masculine to be mainly attracted to men yet obedient to God than it is to be mainly attracted to women and disobedient to God. A celibate same-sex attracted guy is far more of a man than a womanizing guy who bows to the will of his sex drive. Real men obey God.

Growing to see myself as nothing more and nothing less than a redeemed man who struggles with the flesh might be the most freeing transformation I’ve experienced as a Christian. It’s freed me from anxiety, from feelings of inferiority, and from living in the shadows of isolation. And it’s freed me to meaningful friendship and fellowship with a local church—and with a community of men—who love Jesus. If the guys I’ve spent the latter half of this article describing hadn’t rallied around me in authentic friendship, I would’ve experienced none of this.

I’m so grateful God brought men into my life who didn’t try to give me a “guy makeover.” Instead, they sought me as I was, loved me when I didn’t want them to, and allowed me to learn what manhood is really about. They will never know to what depths they’ve enriched my life.