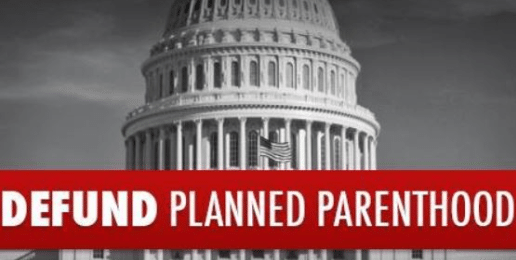 Family Research Council (FRC) commends the U.S. House of Representatives for the passage of H.R. 3762, the Restoring Americans’ Healthcare Freedom Reconciliation Act, and urges the U.S. Senate to take up and pass the bill. This bill will restrict for one year funding under several mandatory programs such as Medicaid to abortion entities such as Planned Parenthood and would also repeal key provisions of the Patient Protection and Affordable Care Act, which encourage subsidies for abortion coverage and which threaten conscience protections.

Family Research Council President Tony Perkins made the following statement about this legislation:

We thank the House for redirecting taxpayer money away from an abortion giant that engages in gruesome and unethical practices.

With a strong majority vote, the House passed a budget reconciliation bill that effectively removes the significant majority of federal funding of Planned Parenthood, the largest abortion chain in the country, responsible for killing an estimated 340,000 unborn children every year. This represents about one-third of all abortions in the United States.

Additionally, the reconciliation bill strikes a serious blow to Obamacare, the President’s failed healthcare plan, by repealing the individual and employer mandates as well as a government slush fund. This alleviates federal coercion of Americans who are forced to purchase health insurance they may object to because it contains elective abortion coverage, and removes the threat of punishing fines on employers who decline to violate their deeply held beliefs.

Republicans in the Senate now have the opportunity to work toward keeping the campaign promises that helped them secure the Congressional majority. For our friends in the Senate who think the House bill is not strong enough, we encourage them to try and make the measure even better. The House leadership has said they will accept any improvements the Senate makes to the bill that eliminates much of Planned Parenthood’s funding and removes the heart of Obamacare.