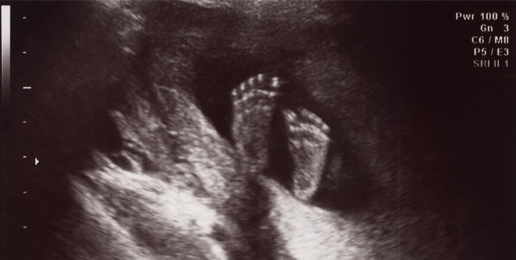 As part of their COVID-19 response, the U.K. initially approved new measures to allow women to take the complete abortion pill regimen at home. Now, it appears that this measure has been reversed. The reasoning given was, “This was published in error. There will be no changes to abortion regulations.”

The abortion pill is a two-drug regimen that is basically a do-it-yourself method anyways, but normally, the woman would have some type of interaction with a physician by taking the first pill (mifepristone) under their supervision at the clinic and then going home to take the second drug (misoprostol) 24-48 hours later.

Because the U.K. considers abortion an “essential service” amid the pandemic, their response was to completely place the burden of abortion on women. These women would have been popping both pills at home with no physician oversight.

But this is what the abortion industry all over the world has been calling for even before the current pandemic—for abortions to be unrestricted, unregulated, and do-it-yourself. Gone are the days when they were calling for “safe, legal, and rare” to protect against desperate women performing their own “back-alley” abortions. Now abortion pills are the new back-alley method, credentialed by the world’s most prestigious medical institutions.

Chemical abortions carry four times the rate of complications compared to surgical abortions. The two side effects observed to be more prevalent during chemical abortions than surgical abortions were hemorrhage and incomplete abortion. An incomplete abortion means there needed to be surgical intervention to extract any remaining parts of the unborn child from the woman’s uterus. Prolonged hemorrhage requiring blood transfusion can occur. It’s already been reported to the FDA that over 500 blood transfusions, over a thousand hospitalizations, and 24 deaths took place as result of Mifeprex. And that is just what’s been reported.

Fortunately right now, the U.S. has strong pro-life leadership from the top down, so at a national level it’s unlikely that we will see abortion be declared an “essential service” at a time like this. However, that will not stop the abortion industry from demanding that it should be. Some states have already deemed abortion “essential.”

The American College of Obstetricians and Gynecologists (ACOG) and their allies have already put out a statement complaining that abortions are being left out of essential health care services that need to remain open at this time. Planned Parenthood of Southwest Ohio is at war with the state Attorney General and Health Department as they continue to perform abortions even though they have been directly ordered not to.

Planned Parenthood claims they can still achieve the goal of conserving medical resources for essential health care personnel combatting COVID-19 by remaining open. How would they do this? They didn’t explain.

It doesn’t take a lot of time to deduce that the abortion industry is likely dispensing abortion pills to pregnant women who are past the FDA-approved gestational age limit of 10 weeks. The abortion industry has already been experimenting with performing abortions past 13 weeks on vulnerable women in Burkina Faso, Columbia, and Mexico.

Even the once abortion-neutral humanitarian aid group Doctors Without Borders (DWB), with the approval of the World Health Organization, has instructional guidelines on how women can perform their own drug-based abortion up to 22 weeks!

Although they claim these instructional videos are for training their medical workers, they acknowledge that they expect women to go to the site in order to learn how to induce their own abortions.

The fact that chemical abortions already carry significant complications and that the rate of those complications only increase as the gestational age of the pregnancy increases shows that Doctors Without Borders are bordering on medical malpractice.

The complications that can arise from taking the abortion pill place women in life-threatening situations that may require follow-up visits to the abortion clinic and the emergency room. We are now likely to see scenarios where women who have taken the abortion pill regimen will need blood transfusions, treatment for infections, and possible follow-up surgery to complete the abortion, which means they will need to go to the emergency room and wait for treatment next to possible victims of the coronavirus pandemic. How is this conserving medical resources? How is this protecting the safety and health of women?

Thankfully, there are still some reputable medical leaders, such as AAPLOG, who refuse to put women in this type of danger by categorizing abortion as an “essential service.”

Killing innocent children in the womb should never be considered any type of “service,” in the midst of a pandemic or not. By encouraging women to self-manage an abortion up to 22 weeks and calling do-it-yourself abortion a “paid” service, the abortion industry has been and is currently showing us that they have no regard for human dignity whatsoever—for the child or the mother.

This article was originally published at the FRCblog.com.