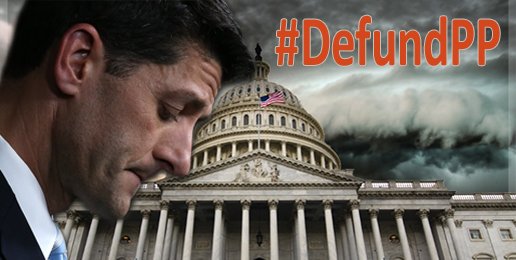 Today’s fiscal and social conservatives are feeling what the late baseball legend Yogi Berra described as “deja vu all over again.”

The Daily Signal is reporting that “Congressional negotiators agreed late Sunday on a broad spending plan to fund the government through September,” and a vote is expected within days.

The “makeshift spending agreement” is business as usual. We’ve been here before. But there’s a big problem: the GOP-led Congress did not remove funding for Planned Parenthood. That’s $500 million dollars!

The spending deal congressional negotiators hammered out early Monday morning runs 1,665 pages, and spends $700 million per page — the cost of keeping the basic operations of the government running for a year.

After watching the Republicans in Washington, D.C. for the past 100 days, most conservatives of all stripes are coming to grips with the fact that the GOP isn’t quite ready to be a governing party.

President Donald Trump and U.S. House Speaker Paul Ryan continue to promise that they will fulfill their promises regarding repealing and replacing Obamacare, enacting tax reform, and starting to build a wall on the southern border.

Governing the United States is a massive job, and healthcare and taxes and a border wall are difficult issues to deal with. Defunding Planned Parenthood is not.

The omnibus spending bill continues to use your tax money to take the lives of the unborn. That, despite the fact that Republicans now hold the White House and majorities in both houses in Congress. Scientific evidence proves those babies feel the pain of abortion. What do our elected Republicans feel?

How is this possible? A clue might be the excuse used for failing to spend money on a border wall. The Daily Signal reported this:

Republican lawmakers in the House and Senate have said they prefer to put off a fight with Democrats over beginning to pay for the wall until the fall, rather than as part of funding the government for the rest of the current fiscal year.

Is that their excuse for failing to defund Planned Parenthood? Preferring to put off a fight with Democrats? Republicans cannot find the intestinal fortitude to stop spending taxpayers money on abortions — not a good sign for the other battles to come.

No doubt many Americans who voted for Republicans have put Congress and the White House on probation, and will for a time, give them the benefit of the doubt. Funding Planned Parenthood through September is another matter.

The abortion industry is rejoicing. U.S. Senate Minority Leader Charles Schumer (D-New York) is “boasting” about what Democrats were able to accomplish in this GOP-led Congress.

Your U.S. Representative need to hear from you. Tell them to vote against any spending bill that funds Planned Parenthood.

Here is something they should vote for, however:

Take ACTION:  Click HERE to urge your U.S. Representative to vote for the Biggs amendment — if it doesn’t pass — then vote no on the spending bill.