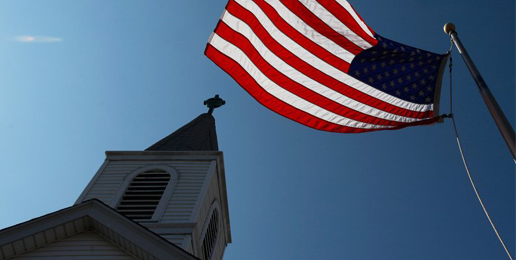 One of the nation’s leading religious freedom law firms, The Liberty Counsel, has recently reported that it is receiving a flood of complaints on behalf of pastors and ministry leaders in 30 states regarding heavy handed tactics singling out churches for punishment during shutdown orders. They are taking legal action in numerous situations to defend the constitutional rights of religious freedom.

One of the most incredible cases involves Pastor Kevin Wilson of Lighthouse Christian Church in Virginia. On April 5th, before Palm Sunday, police entered the church telling those gathered that they could not have church.  They then issued the Pastor with a summons for violating Virginia Governor Northam’s COVID order. A crime that holds a year in jail or a $2,500 fine.

According to the police, the church was in violation for having 16 people, even though they were seated for social distancing, in an auditorium built to seat nearly 300.  The police said that if the church held a similar service on Easter everyone in attendance would be cited.

Before you make a judgment about this, it should be understood that Lighthouse Christian Church is an underprivileged church that does not have internet.  The church is known for helping people overcome drug addiction, poverty, mental illness and prostitution.  Many, if not most of their members, do not have internet.   Many members do not have driver’s licenses and they rely upon other members to take them to get food or to medical appointments.  The church has a history of helping its members with utility bills and physical labor needs at home.   The church is a vital part of their regular care.

Parking lots around Lighthouse on Chincoteague Island had hundreds of cars at various business establishment, but only this church was cited for having more than 10 people.

One of the problems with charging a pastor criminally for having 6 more than people in an order, is that in so doing, the government is subjectively saying that a church is non-essential while a liquor store or hardware store is essential.  It prevents responsible people from deciding what is essential to them. It also makes the increasingly common public policy mistake of overlooking the important role faith plays in people’s lives and the overall health benefits churches provide.

These clampdowns on churches trying to be compliant and safe while caring for their members, are occurring at a time when suicide and mental health hotlines are seeing a massive rise in calls.

One of the things that really irritates people are stories like this one where government authorities seem to lack an ability to think on their own and to make common sense adjustments to an arbitrary policy.  This strikes at the heart of what the RFRA issue was really all about.  It was an effort to force the government to balance its own interests with the rights of religious Americans and to take the least restrictive means possible, when necessary.

The dark side of these stories about church crackdowns is that it reveals a growing hostility to faith in America that many of you have probably observed in social media comments or other parts of our culture.