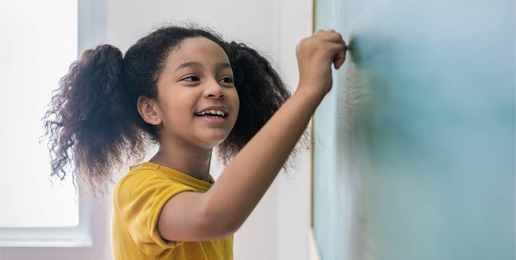 This means 91.5 percent of black third graders are not proficient at math, which is considered a core skill for later success in life. These students struggle with quickly adding and subtracting, multiplying one-digit numbers by multiple digit numbers, and fractions, according to the standards set by the state.

Results of state exams are graded in five levels proficiency, rather than a score from zero to 100. The worst level is “Did Not Meet,” followed by “Partially Met,” “Approached,” “Met,” and “Exceeded.” Data in this story was accrued by combining results from the first three levels of proficiency where students do not meet the expected math proficiency.

However, a Wirepoints investigation found the Illinois school system prioritizes social promotion of black students over their literacy.

“’Social promotion’ – pushing kids into the next grade regardless of ability – leaves unsuspecting Illinois parents believing their kids are being educated simply because they’re advancing,” wrote report authors Ted Dabrowski and John Klingner. “Social promotion in Illinois continues into high school. That’s when district officials tell parents what they want to hear – that their children have what they need to graduate.”

District information was gathered from the Illinois Report Card.

This article was originally posted by North Cook News on August 1, 2022.