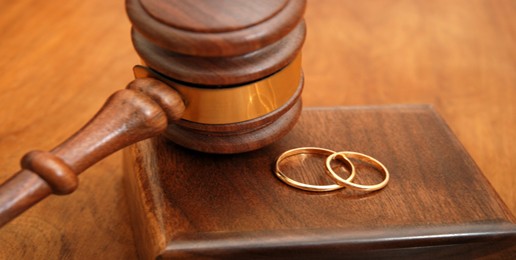 Now that the Supreme Court has ruled in favor of gay marriage, a question arises: Should we protect the rights of Orthodox Jews, Roman Catholics, Evangelical Christians, Latter-day Saints, and Muslims who believe that marriage is a union of husband and wife? Two bills recently introduced in Congress show diverging answers. One seeks to promote tolerance and peaceful coexistence, the other adds fuel to a culture war by treating that traditional belief as racism.

Do we really need the federal government to coerce every last baker, florist, and adoption agency to violate their beliefs about marriage? The market is already sorting these things out. The Human Rights Campaign reports, for example, that 88 percent of Fortune 500 companies voluntarily do not consider sexual orientation in employment decisions.

The bill also requires that biological males who identify as women be able to use women’s bathrooms and locker rooms. Shouldn’t these decisions be made closer to the ground? By parents, teachers, principals — not federal bureaucrats?

Most outrageously, the bill specifies that the Religious Freedom Restoration Act cannot be used to defend people against its requirements. Rather, it treats decent people of faith as irrational bigots, simply for believing that we’re created male and female, and that male and female are created for each other in marriage.

Whether you agree with this belief or not, it’s easy to see that the “Equality Act” is bad public policy. It fuels the culture war rather than seeking peaceful coexistence.

There is an alternative.

The First Amendment Defense Act would prevent the federal government from discriminating against any citizen or organization because they believe marriage is the union of husband and wife. It would ensure that no federal agency will ever revoke non-profit tax-exempt status or deny grants, contracts, accreditation, or licenses to individuals or institutions for following their belief that marriage is a union between a man and a woman.

This bill simply continues the practice of the United States for all of our history. It takes nothing away from anyone. It changes nothing. It protects pluralism amid disagreement.

And it is necessary. In the oral arguments before the Supreme Court earlier this year, Justice Samuel Alito asked Solicitor General Donald Verrilli whether a school might lose its tax-exempt status because of its conviction that marriage is the union of husband and wife. Verrilli’s response was chilling: “It’s certainly going to be an issue. I — I don’t deny that. I don’t deny that, Justice Alito. It is — it is going to be an issue.”

This shouldn’t be an issue. Schools should be eligible for non-profit tax status, government contracts, student loans, and other forms of support as long as they meet the relevant educational criteria.

Government policy should not trample on the consciences of citizens who dissent from official policies on sexuality. Government discrimination against social-service providers who believe marriage is a male-female relationship undermines our nation’s commitment to reasonable pluralism and diversity. The First Amendment Defense Act would prevent this.

Predictably, the Left has attacked this bill. The Sunday after the Supreme Court’s ruling, Mark Oppenheimer wrote a column for Time magazine headlined “Now’s the Time to End Tax Exemptions for Religious Institutions.” Oppenheimer, the New York Times’ religion columnist, argued: “Rather than try to rescue tax-exempt status for organizations that dissent from settled public policy on matters of race or sexuality, we need to take a more radical step. It’s time to abolish, or greatly diminish, their tax-exempt statuses.”

But it has long been understood that the power to tax is the power to destroy. Americans who believe that marriage is a union of husband and wife should be free to live and work in accord with their convictions.

When he “evolved” on the issue in 2012, President Barack Obama insisted that there were reasonable people of goodwill on both sides of the marriage debate. Supporters of marriage as the union of a man and a woman “are not coming at it from a mean-spirited perspective,” he insisted. “They’re coming at it because they care about families.”

He added that “a bunch of ’em are friends of mine . . . you know, people who I deeply respect.” But as the stories of bakers, florists, photographers, and adoption agencies show, there’s good reason to worry about the government’s respect for the beliefs of all Americans.

America is in a time of transition. The court has redefined marriage, and beliefs about human sexuality are changing. Will the right to dissent be protected? Will our right to speak and act in accord with what Americans have always believed about marriage — that it’s a union of husband and wife — be tolerated?

Most Americans say yes, they want ours to be a tolerant, pluralistic nation. They want peaceful coexistence. We must work together to protect these cherished American values, despite the ideologues and activists who would sow disharmony by having the government coerce those with whom they disagree.

The First Amendment Defense Act is one way of achieving civil peace even amid disagreement. To protect pluralism and the rights of all Americans, liberals should forswear coercion and embrace tolerance.

– Ryan T. Anderson is the William E. Simon Senior Research Fellow at the Heritage Foundation and author of the just-released book Truth Overruled: The Future of Marriage and Religious Freedom, from which portions of this article are adapted.

This article was originally posted on the nationalreview.com