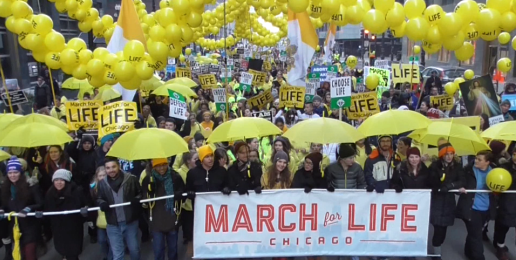 Thousands gathered at Federal Plaza in Chicago on Sunday, January 15, 2017 to stand for LIFE!  Pro-life speakers at the march included Pat McCaskey of the Chicago Bears, three representatives from Congress, an abortion survivor, religious leaders, and pro-life students!  We got news coverage on Chicago’s WGN TV News and local CBS TV News!  More news coverage is likely to follow.

There was a pro-choice protest of the march, but pro-life marchers FAR outnumbered them!  The march officially started at 2 pm, but the protesters scheduled their protest to start at 1 pm to deceptively make it appear that they had more people. My friends in the pro-life groups LIVE PRO LIFE and Chicago Pro-life Future made sure we had a good presence at 1 pm to offset the small pro-choice protest.  We faced the pro-choice protest with fun pro-life chants and a line of professionally made signs!  Then, we put up a three sided sign that is 12 feet tall and ten feet wide with the same message.  We call it the “triangle.” 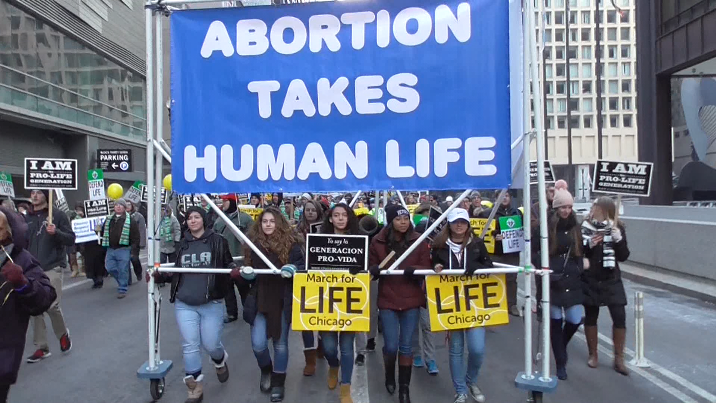 With the election of Donald Trump and the hope of pro-life changes that will bring, the pro-life movement is watching to see if there will be a change in engagement for pro-life or pro-choice activism.  Will pro-life and/or pro-choice activism get a boost?  March for Life Chicago was the first major test.  So far, it looks like both sides are getting a boost.  Pro-life people are excited that change is possible and we want to be engaged to help push ahead to a brighter future!  The official estimate for the pro-life side is 6,000!  Pro-choice people are upset that the law may be moving away from abortion and towards life.  They want to continue the status quo of a lack of legal protection for unborn humans, resulting in over 1 million humans aborted each year in the US.  We still outnumbered them, but we will need to be diligent in 2017 to keep the activism advantage that has been critical to moving our country in a pro-life direction. 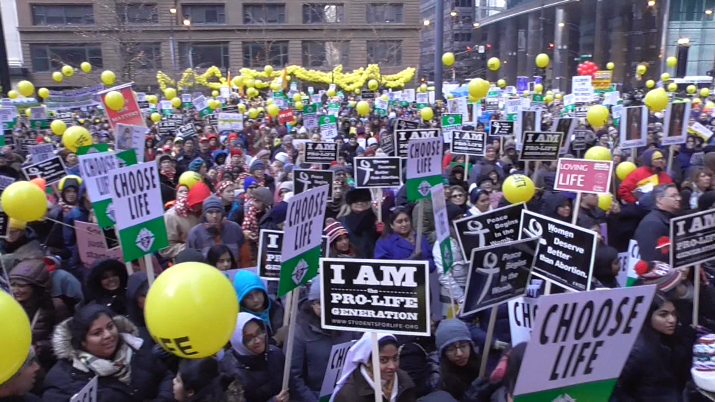 Gianna Jessen survived a saline abortion and was born in an abortion clinic!  She gave a powerful testimony of the power of her faith in living with cerebral palsy which was caused by the attempt on her life by the abortion doctor.  She’s forgiven her birth mother and boldly proclaims her faith and the stands up to the injustice of abortion, proclaiming unashamedly that abortion cannot be a woman’s rights, because her rights were not recognized when the abortion doctor was trying to take her life. 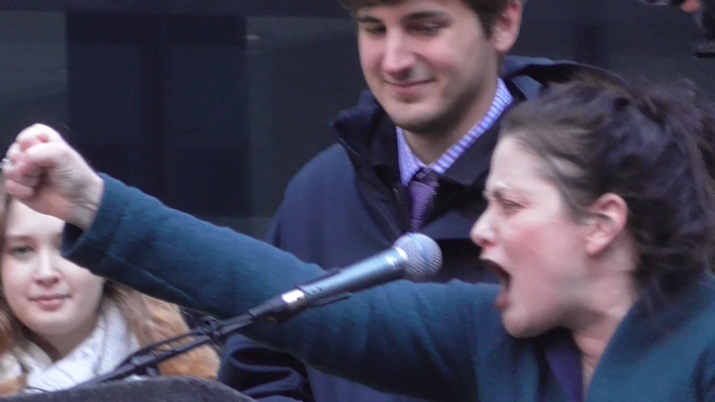 U.S. Representatives Dan Lipinski (D-Chicago), Peter Roskam (R-Wheaton) and Darin LaHood (R-Peoria) were bold and clear in standing up for life, declaring their commitment to defund Planned Parenthood, marching toward overturning Roe, and passing life-affirming legislation!  Pro-life Democrat Dan Lipinski highlighted that abortion should not be treated as a partisan issue and religious views shouldn’t separate people on it either because all humans deserve legal protection.  Instead of allowing abortion to divide people, we should all be united with the shared purpose of defending human life, especially the weak and vulnerable.

Brianna Todd shared her courage in choosing life for her unborn son and finding help at Aid for Women, a pro-life pregnancy resource center.

The march was packed full of energetic youth! They danced, they sang, and they jumped for joy!  There was a drum line, there were cheers, and there was the fun laughter and drive that youth brings.  It was a block party for LIFE that invaded the abortion culture that infects too much of Chicago.  It was nothing short of epic. 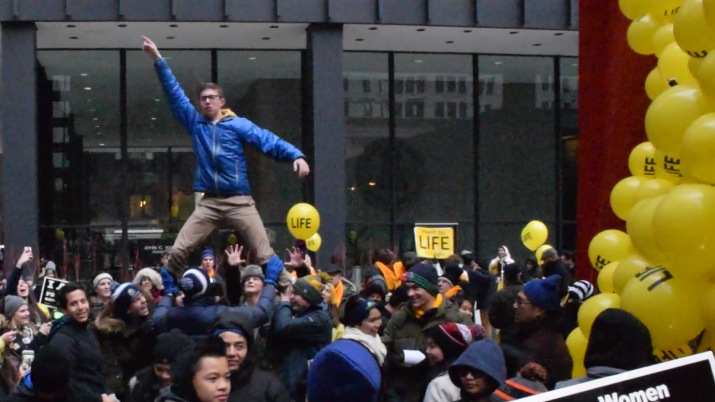 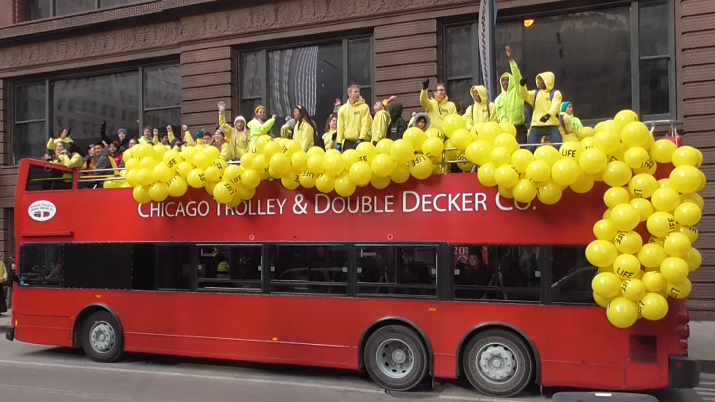 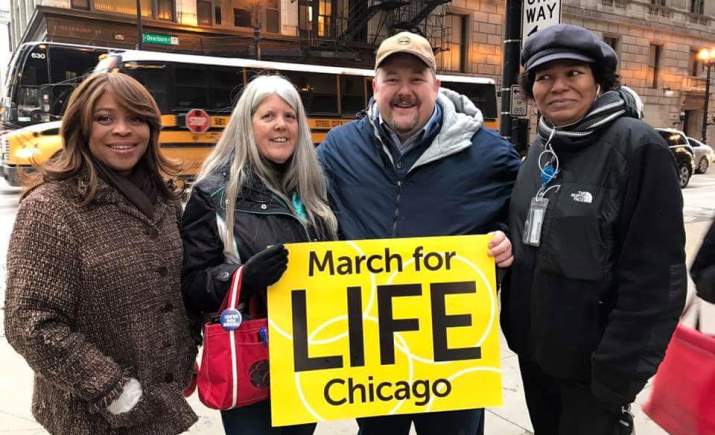