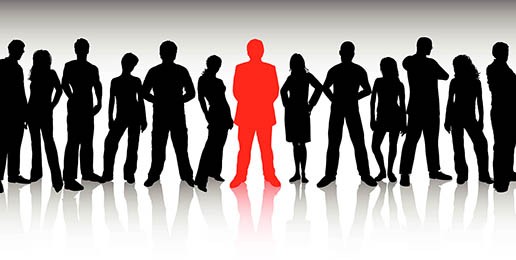 In Indiana, in Arkansas, and in the boardroom

There are two easy ways to get a Republican to roll over and put his paws up in the air: The first is to write him a check, which is the political version of scratching his belly, and the second is to call him a bigot. In both cases, it helps if you have a great deal of money behind you.

Tim Cook, who in his role as chief executive of the world’s most valuable company personifies precisely the sort of oppression to which gay people in America are subjected, led the hunting party when Indiana’s governor Mike Pence signed into law the Religious Freedom Restoration Act, while Walmart, a company that cannot present its hindquarters enthusiastically enough to the progressives who hate it and everything for which it stands, dispatched its CEO, C. Douglas McMillon, to head off a similar effort in Arkansas, where Governor Asa Hutchison rolled over immediately.

There are three problems with rewarding those who use accusations of bigotry as a political cudgel. First, those who seek to protect religious liberties are not bigots, and going along with false accusations that they are makes one a party to a lie. Second, it is an excellent way to lose political contests, since there is almost nothing — up to and including requiring algebra classes — that the Left will not denounce as bigotry. Third, and related, it encourages those who cynically deploy accusations of bigotry for their own political ends.

An excellent illustration of this dynamic is on display in the recent pronouncements of columnist and gay-rights activist Dan Savage, who, in what seems to be an effort to resurrect every lame stereotype about the shrill, hysterical, theatrical gay man, declaimed that the efforts of those who do not wish to see butchers and bakers and wedding-bouquet makers forced by their government at gunpoint to violate their religious scruples is — you probably have guessed already — nothing less than the consecration of Jim Crow Junior. “Anti-black bigots, racist bigots, during Jim Crow and segregation made the exact same arguments that you’re hearing people make now,” Savage said. Given the dramatic difference in the social and political position of blacks in the time of Bull Connor and gays in the time of Ellen DeGeneres, this is strictly Hitler-was-a-vegetarian stuff, the elevation of trivial formal similarities over dramatic substantial differences. The choices for explaining this are a.) moral illiteracy; b.) intellectual dishonesty; c.) both a and b.

Adlai Stevenson famously offered this definition: “A free society is a society where it is safe to be unpopular.” We do not live in that society.