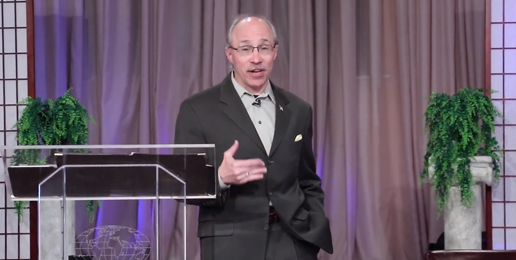 A suit to enjoin the Grundy County State’s Attorney and Sheriff from enforcing Governor JB Pritzker’s worship restrictions has been filed by a local church. The continuing worship restrictions are contained in Pritzker’s Executive Order 2020-32.  The new “guidance” issued May 28 by the Illinois Department of Public Health provided “direction” for safely conducting services. The guidance however did not overturn the limitations contained in the executive order of April 30, 2020.  While EO 2020-32 remains in place, all houses of worship remain in legal jeopardy.

Pastor Richard Gionvennatti, of Standing in the Word Ministries, is seeking court protection to ensure that all citizens’ constitutional rights are affirmed without question and that religious liberties are not ever again infringed by egregious government overreach.

The seven-count lawsuit filed on Thursday, May 28, indicates Illinois Governor Pritzker was acting without legal authority in issuing any Corona Virus Executive Orders beyond 30 days without legislative approval and defied the U.S. Constitution, the Illinois State Constitution, and state statutes.

The pastor and congregation are represented by Attorney David Shestokas. He stated, “The Bill of Rights has no emergency exceptions. Although the governor has issued orders, the constitutionally independent Sheriffs and State’s Attorneys are tasked with enforcement. Court injunctions against enforcing Pritzker’s illegal orders are an appropriate remedy in protecting our freedoms.”

Pastor Giovennatti’s lawsuit seeks to permanently prohibit the sheriff and state’s attorney from enforcing the unlawful Executive Orders and any subsequent order issued with substantively the same restrictions upon the constitutional rights of Free Exercise of religious worship, Free Speech, and Freedom to Assemble.

As a board member of the Illinois Family Institute (IFI) and a pastor, Gionvennatti is passionate representing living within the Constitution. “The church is the source of holding the nation accountable. Churches need to assemble. As our nation’s heart and soul, we must and will be diligent and vigilantly stay the course until freedoms are restored and the unconstitutional edict is eradicated,” he said.

The statewide IFI and its Executive Director David E. Smith, vigorously support the efforts and strategy of the lawsuit. “We would like to secure a judicial ruling striking down this tyrannical precedent so that the state of Illinois may never have to experience this again. It doesn’t take much foresight to realize how similar future orders could be mandated (and extended) in the name of safety,” Mr. Smith said.

For full text of Complaint:

Standing in the Word v. State’s Attorney and Sheriff  2020CH23

In Times Of Crisis, Elected Officials Must Be Held to One Consistent Standard – The U.S. Constitution