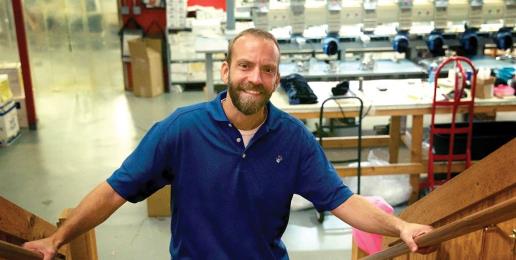 Let’s flash back 10 years ago…

This was a time when a majority of states had constitutional marriage amendments defining marriage s the union of one man and one woman – a time when support for this definition was bipartisan: from John McCain to Barack Obama, most politicians would confess their support for marriage.

As you may recall, at that time supporters of redefining marriage had a favorite talking point: what does my marriage have to do with you? Why can’t we live and let live?

This was a persuasive argument to a lot of people (And at another time, we can get into why this question fundamentally misses the point of why the government is in the marriage business in the first place).

But once the U.S. Supreme Court redefined marriage, we can see they never really meant it.

Just look at the case of Blaine Adamson – a T-Shirt printer in Kentucky. In 2012, the Lexington Gay Pride Parade asked Blaine to print shirts for their event. As a Christian, Blaine didn’t feel comfortable promoting their message, so he declined.

This wasn’t acceptable to the Lexington LGBT community, so they sued Blaine. Blaine lossed his case in front of the Lexington Human Rights Commission, but last Friday, The Kentucky Court of Appeals overturned this decision, protecting Blaine’s first amendment rights.

Make no mistake, this is a significant victory. This is the first time in the country religious freedom has prevailed in a case like this – the first time the court understood our the issues that are truly at hand.  Blaine didn’t decline to make shirts for these clients because they were gay, in fact, he served gay customers all the time. He declined to make the shirts because they were trying to get him to promote a message he disagreed with, or in other words, they were trying to compel speech from Blaine.

If the government can force you to say something or convey a message, then you fundamentally do not have free speech.

Nation wide, the courts are full of these cases today. Here’s hoping this is the first of many “wins” to come.