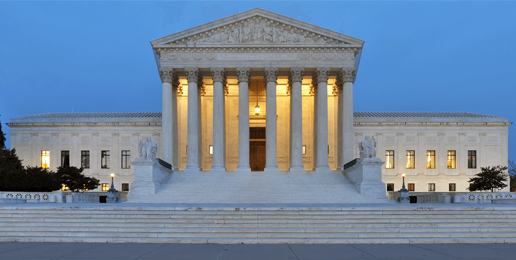 When Bill Clinton was running for president in 1992, his campaign strategist James Carville gave him the formula for success: Focus on the economy. In Carville’s famous words, “It’s the economy, stupid.”

Today, President Donald Trump could easily campaign with a similar mantra, since many Americans are pleased with the economic uptick under his leadership.

But, in terms of a lasting legacy, in terms of societal impact, the real mantra should be, “It’s the courts, stupid.” You can be assured that Trump and his Republican colleagues have a good grasp on this already.

And now, with a strengthened majority in the U.S. Senate, the sky is the limit with the good they can do.

As noted (with great concern) by Jennifer Bendery in the Huffington Post, “With a newly strengthened Senate majority, Mitch McConnell can plow ahead with reshaping the nation’s courts.”

Yes, “McConnell has said all along that judicial confirmations are his No. 1 priority as Senate leader. That won’t change going forward.”

And this, in fact, is a major reason many of us voted for Donald Trump: U.S. Supreme Court appointees and, more broadly, federal court appointees at all levels. Transforming the courts was our No. 1 concern.

How much has been done already?

Bendery writes, “To date, the Republican leader has confirmed two U.S. Supreme Court justices, 29 circuit judges and 53 district judges. He’s confirmed so many circuit judges, many of whom are strongly anti-abortion, anti-LGBTQ rights and anti-voting rights, and nearly all of whom are ideologues handpicked by the conservative Federalist Society, that 1 in 7 seats on the U.S. circuit courts are now filled by judges nominated by Trump.”

Some might say, “But this is not healthy. The courts will now become distinctly conservative. They’re supposed to be neutral and impartial.”

To the contrary, the goal is to get the courts back to where they’re supposed to be, namely, rightly interpreting our Constitution rather than creating new laws. Yet for decades, many of the courts have swung dangerously left, leading to rampant (and dangerous) judicial activism.

Judicial activism, in turn, has become a direct threat to our freedoms. (For Mark Levin’s now classic exposé, see here.)

A lengthy, 2013 article published by the Heritage Foundation gave three glaring examples of judicial activism whereby the courts were guilty of “Contorting the Text” (meaning the First Amendment), “Playing Legislator,” and “Abusing Precedent.” (For the liberal argument that it is conservatives who are the judicial activists, see here. For an effective rebuttal to this position, see here.)

Since 2013, we have seen the courts redefine the very nature of marriage (in 1,000 lifetimes, the Founders would have never envisioned this) as well as rule against fundamental freedoms of conscience and speech. And it was judicial activism that made abortion legal in 1973.

It’s about time we had a reformation in our courts.

More recently, what if the U.S. Supreme Court had ultimately ruled against Hobby Lobby? Against the Little Sisters of the Poor? Against Jack Phillips?

Back in 1962, without any legal precedent, the U.S. Supreme Court removed organized public prayer from our schools.

“50 years ago, school prayer was declared unconstitutional, causing Billy Graham to wonder if we were becoming a spiritually-bankrupt nation.”

The article begins with these simple but striking lines: “How much has America changed in the past 50 years? Imagine kids in American public schools now starting each day with a prayer.” (For my answer to the question of how much America has changed since the early 1960s, see here.)

Earlier in the year, Graham had warned Post readers that “if the Court decrees negatively, another victory will be gained by those forces which conspire to remove faith in God from the public conscience.

“American democracy rests on the belief in the reality of God and His respect for the individual. Ours is a freedom under law. But it is also a freedom that will evaporate if the religious foundations upon which it has been built are taken away.”

Of course, he was right, although he had no idea of just how radically the society would be transformed in the decades that followed.

As for prayer in the schools, from the founding of our nation until 1962, it never occurred to the courts that this was a violation of separation of church and state. It was judicial activism that made this landmark decision.

And even though the prayer itself was quite generic and any student could opt out of praying, it was the symbolism that mattered. Prayer no longer belonged in our schools.

All of which leads us back to where we started: It’s the courts, stupid.

Thank God President Trump is keeping his promise to nominate conservative justices – meaning, Constitutionalists – to the courts. Keeping this up for two more years (or, better still, 6 more years) could well be his greatest legacy, not to mention the greatest legal bulwark against the loss of our fundamental freedoms.

As for those who protest, “Trump and the Republicans have no right to do this!”, to the contrary, the American people elected them to office.

They are doing what we the people have empowered them to do.