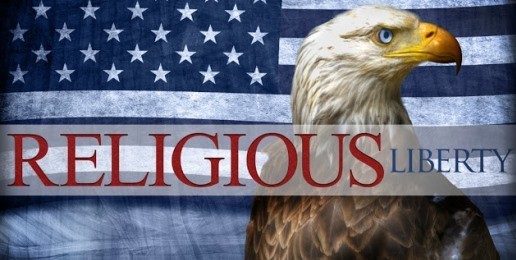 How to Protect Your Church in a New Era of Religious Persecution
Written By Micah Clark   |   07.17.15
PRINT

With the ruling on same-sex marriage in which the Obama administration’s lead attorney telegraphed that they may go after the tax exempt status of churches, religious schools and charities, and with news stories of fines imposed upon people of faith who didn’t want to be part of a same-sex wedding, it is clear that we are entering a new era of, at the very least, a soft tyranny directed against people and institutions of faith in America.

A recent survey by the Barna Polling organization found that protecting religious freedom is now the top concern of evangelical voters, coming in four points above the issue of abortion, which had held that top position for decades.  (That is why so many Republicans think if they simply claim to be pro-life that they can get the evangelical vote.)

Our own survey of AFA donors, completed even before the marriage ruling, found this same change too.  Protecting religious freedom now ranks as our number one issue of importance.

Contrary to what you may have heard from some, the new RFRA “fix” law in Indiana poses new threats to churches, institutions and people of faith because it needlessly paves the way for sexual orientation and gender identity, behavior-based, special rights in the 2016 legislature.

Here is a very important document from one of the nation’s top religious liberty law firms, Alliance Defending Freedom.  I would strongly recommend that every pastor, church elder, deacon, Christian school administrator and ministry leader download, print out and study this item: You can download and print a copy HERE (link here), or click HERE to send an email to request a free booklet in the mail.