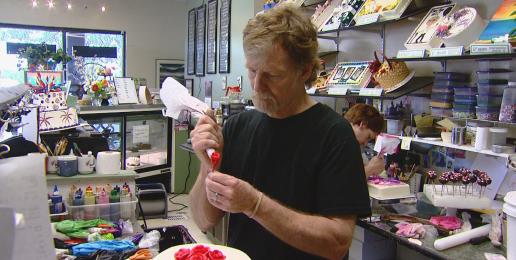 A Colorado baker who declined to bake a cake for a same-gender “wedding” is fighting through an appeal to make sure his constitutionally protected freedoms – as well those of others – aren’t taken away.

In the summer of 2012, Charlie Craig and David Mullins filed a complaint with the Colorado Civil Rights Division after cake artist Jack Phillips of Masterpiece Cakeshop refused to endorse their marriage ceremony because of his faith. Last month the Colorado Administrative Law Court ruled Phillips must provide the cakes for homosexuals and prove that he has complied with the court order. Alliance Defending Freedom on Monday filed an appeal on Phillips’ behalf.

ADF-affiliated attorney Nicole Martin argues the government has “turn[ed] its guns” on her client for exercising his constitutional freedom.

“America was founded on the fundamental freedom of all citizens to live and work without fear of government punishment,” Martin offers. “Jack [Phillips] simply exercised the long-cherished freedom to not speak by declining to promote a false view of marriage through his creative work.

In a statement to OneNewsNows, ADF attorney Kristen Waggoner says artists like Phillips “must be free to create work that expresses what he or she believes” without fear of the government compelling them to speak something contrary to their beliefs.

“Forcing Americans to promote ideas against their will undermines our constitutionally protected freedom of expression and our right to live free,” she says. “If the government can take away our First Amendment freedoms, there is nothing it can’t take away.”

This article was orignially published at the OneNewsNow.com blog