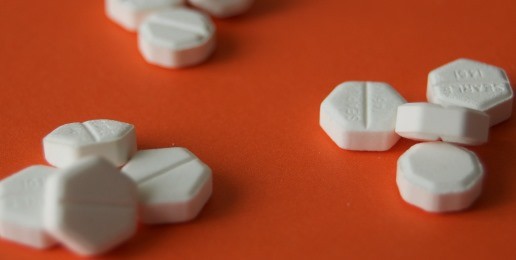 Alliance Defending Freedom attorneys filed a brief Wednesday that responds to the Obama administration’s defense of its abortion pill mandate in one of two major legal challenges the U.S. Supreme Court will hear on March 25. Alliance Defending Freedom and allied attorneys represent the Hahns, a Pennsylvania Mennonite Christian family, and their woodworking business in one of those cases, Conestoga Wood Specialties v. Sebelius.

The mandate forces employers, regardless of their religious or moral convictions, to provide insurance coverage for abortion-inducing drugs, sterilization, and contraception under threat of heavy financial penalties if the mandate’s requirements aren’t met.

“In America, we tolerate a diversity of opinions and beliefs; we don’t try to separate what people do from what they believe,” said Alliance Defending Freedom Senior Counsel David Cortman. “The Constitution guarantees the highest form of respect to the Hahns’ freedom. The government must prove why disregarding that freedom is somehow justified.”

According to the Alliance Defending Freedom reply brief, “the government contends that [the Hahns] harm the ‘freedom’ of third parties simply by not buying them abortifacients…. But that turns ordinary notions of liberty upside down. Citizens are already free to buy birth control for themselves and the government often subsidizes those purchases. Yet in the government’s view that is not enough. For the government, coercion is the new ‘freedom.’”

“Americans must be free to exercise their constitutionally protected liberties without punishment,” added Alliance Defending Freedom Senior Legal Counsel Matt Bowman. “That at least includes freedom from government attempts to force them to pay for other people’s abortion pills.”

In January, numerous third parties filed briefs in both Conestoga Wood Specialties v. Sebelius and The Becket Fund’s Hobby Lobby Stores v. Sebelius case, which also challenges the mandate. The briefs filed in support of Conestoga Wood Specialties and Hobby Lobby outnumbered the briefs filed in favor of the Obama administration by nearly three to one.

The Hahns asked the U.S. Supreme Court to review their case after the U.S. Court of Appeals for the 3rd Circuit ruled 2-1 against them. The decision conflicts with most other circuits and with the vast majority of rulings on the mandate so far. According to a dissent that Circuit Judge Kent Jordan wrote in that case, the mandate could cost the Hahns $95,000 per day if they don’t agree to live contrary to their Christian convictions.