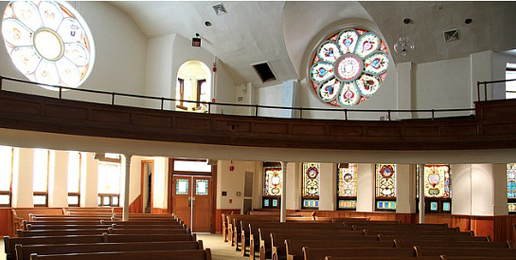 The lawsuit alleges that Bowser has acted unfairly in the application of a ban on outdoor church services that exceed 100 people. The DOJ sided with the church, writing that the actions of D.C. officials have violated the 1st and 5th Amendments, as well as the Religious Freedom Restoration Act.

The church has argued that since it does not have virtual services, use a multi-site campus approach, and is not offering multiple Sunday morning services, the city is unconstitutionally depriving its congregation of the right to corporate worship.

“A weekly in-person worship gathering of the entire congregation, is a religious conviction for which there is no substitute,” the church wrote.

CHBC Pastor Justin Sok said a church is not merely an “event” or a “building,” but rather a body that gathers regularly and should be “treated fairly” by the government.

The Department of Justice is intervening as part of Barr’s directive to review state and local government policy around the country to ensure that their COVID-19 restrictions are not violating civil liberties.