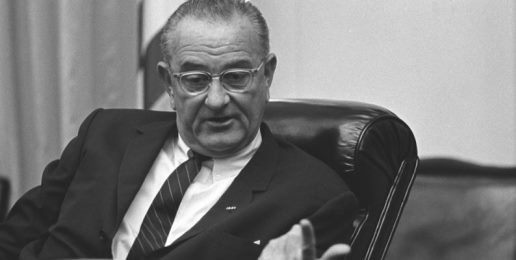 The effort is on two fronts. Last Sunday was Alliance Defending Freedom’s annual Pulpit Freedom Sunday in which pastors are encouraged to endorse candidates and state their opinion on social issues, including legislation dealing with them.

At issue is the Johnson Amendment, which changed the tax code in 1954 to prohibit political talk from tax-exempt organizations, including churches.

The change was pushed by then-Senator Lyndon Johnson, when a non-profit group was vocally opposing his re-election in Texas.

In an effort to repeal the Johnson Amendment, U.S. Representative Doug Lamborn (R-CO) has introduced the P.R.E.A.C.H. Act.

“This is to protect institutions of faith, preachers included, when they speak out and say things that have to do with politics,” the congressman explains. “They don’t want the IRS to come in and intimidate or threaten them or say, We’re going to take away your tax exempt status.”

Since it’s an election season, Lamborn suggests people can make it an issue by contacting their elected representatives in Washington to urge them to sign on to the bill.

At present, the congressman claims, everyone in America has constitutionally protected freedom of speech, except for pastors and other religious leaders.