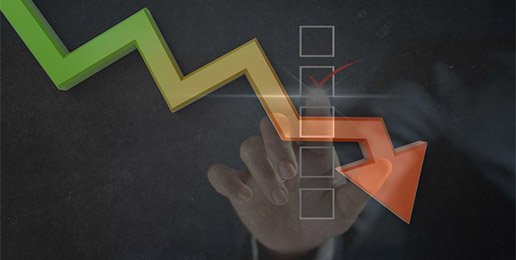 Americans are becoming more permissive on moral issues like smoking pot, same sex relations, divorce, pornography, even polygamy. That’s according to Gallup’s annual Values and Beliefs survey, which was conducted May 1-10 and released this week. The trends are the interesting part.

In 2018, support for smoking pot was at 65 percent. That’s really high (no pun intended) when you consider that less than half the country was supportive less than a decade ago. It’s not a perfect comparison, because the question was asked a bit differently in previous Gallup surveys (morally acceptable vs. should be made legal). Still, there seems to be a correlation between the legalization of recreational pot and people finding its usage to be morally acceptable.

Is it just young people? No. Even 58 percent of those 55 and older think smoking pot is morally acceptable. It’s higher (77%) for younger adults (18-34). But the split is even greater when you look at religiosity. Among those who attend church every week, only 41 percent find pot usage to be okay. Among those who seldom or never go to church, it’s 75 percent. Political ideology makes a big difference, too. Among conservatives, support is at 47 percent. Among liberals, 81 percent.

Two-thirds of respondents (67%) said that gay or lesbian relationships are morally acceptable. I wish Gallup had broken this question down by religiosity and political ideology, but apparently they didn’t. Support is up from 40 percent in 2001. It was 48 percent in 2008, when Obama first ran for President. And 54 percent in 2012 when Obama was reelected — having “evolved” on this issue, like his constituents.

Even more bizarre: Polygamy support now stands at 19 percent. That’s up from 7 percent in 2010. In fact, from 2003 to 2010 there was no increase in support for polygamy. But since 2010, it’s shot up big time. Think of five random people in a grocery store. One of them thinks it’s okay for a man or woman to have more than one spouse.

Many would say that support for polygamy is a logical extension of the Supreme Court’s 2014 Obergefell ruling. We’ve also seen it popularized — or rather, glamorized — on television. In practice, though, polygamy is horrific for women and children.

A glimmer of hope: Infidelity is still very unpopular — meaning that concepts like “open marriages” and “polyamory” are not gaining traction. Only one in ten (10%) think it’s morally acceptable for a married man and woman to have an affair. That’s really low when you consider that 76 percent say it’s okay to divorce, 69 percent are okay with sex between two unmarried adults, and 19 percent are okay with having a second spouse.

Support for doctor-assisted suicide is at 54 percent. That’s high, but a small increase from 49 percent support in 2003. This one has gone up and down over the years. But support for suicide in general has been rising more steadily and rapidly. In 2003, 14 percent thought suicide was morally acceptable. Today, 20 percent say it is.

Christians have a worldview that promotes human flourishing. We recognize that every person is made in the image of God. Therefore every person has dignity and worth. The God who made us knows how our bodies and minds work best. Recreational drug usage is destructive to the body and the mind. Sexual intimacy is meant to be an expression of lifelong commitment between a husband and wife.

Divorce, pornography, polygamy — these things are destructive to individuals, families and society as a whole. As the gospel is clearly taught in churches throughout the country, may God be pleased to awaken more people to a saving relationship with Him and to the goodness of a biblically ordered life.

Dr. Alex Chediak (Ph.D., U.C. Berkeley) is a professor and the author of  Thriving at College (Tyndale House, 2011), a roadmap for how students can best navigate the challenges of their college years. His latest book is Beating the College Debt Trap. Learn more about him at www.alexchediak.com or follow him on Twitter (@chediak).