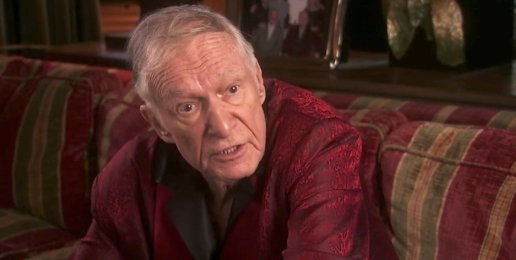 A timely and stunning statistic befitting the recent death of America’s patriarch of pornography: a shocking 110 million Americans — over one-third of our population — are saddled with a sexually transmitted disease. According to the New York Times,

The incidence of chlamydia, gonorrhea and syphilis is increasing, according to a new report from the Centers for Disease Control and Prevention. An estimated 110 million Americans now are infected with a sexually transmitted disease.

Chlamydia is the most common S.T.D., and the number of cases rose 4.7 percent from 2015 to 2016… Adolescents and young adult women have the highest rates of chlamydia: one survey found that 9.2 percent of girls aged 15 to 19 were infected… The rate of primary and secondary syphilis in 2016 is the highest it has been since 1993, and it increased among both men and women from 2015 to 2016. Men account for almost 90 percent of cases, and most are among men who have sex with men.

Rates of syphilis increased in every age group and all races, and they were highest among people in their twenties.

Additionally, more than one out of every six people aged 14 to 49 has genital herpes. (Thus the rise of all of the Valtrex commercials on TV.) Among many other tragic outcomes, the rampant rate of STDs in America is the real legacy of notorious sexual provocateur, Hugh Hefner. Thanks to the desire to make our own rules when it comes to sex, following the lead of Hefner and his like-minded moral deviants, we find ourselves with STD rates in the U.S. at an all-time high. According to the CDC, there are more than 20 million new cases of STDs in the United States every year. As CNN recently reported,

“STDs are out of control with enormous health implications for Americans,” said David Harvey, executive director of the National Coalition of STD Directors. The coalition represents state, local and territorial health departments who focus on preventing STDs.

“If not treated, gonorrhea, chlamydia and syphilis can have serious consequences, such as infertility, neurological issues, and an increased risk for HIV,” said Harvey.

In a sick attempt to justify promoting evil and dangerous sexual activity, just as they have with killing children in the womb, the left has now stooped to “normalizing” (an STD is “pretty bad*ss; it’s like a sex wound”) and even celebrating (with a “#ShoutYourStatus”) STDs. The perverse gotta pervert, I suppose. As Matt Barber concluded, political correctness needs to be declared an STD.

Thus, whether born out of wedlock, killed in the womb, or forced to witness the destruction of the most important human relationship in their lives, over the last six-plus decades, tens of millions of American children have suffered because of their parents’ selfish sexual desires. As I’ve noted before, if these children survive the womb, they face a wide array of difficulties.

Hugh Hefner was prince of the pimps. He was a destroyer of lives and cultures. The level of his destruction is so wide and deep that it will only be fully known in the light of eternity. If you are trapped in his world, turn and flee now. There is hope and healing, and there are those who can help.