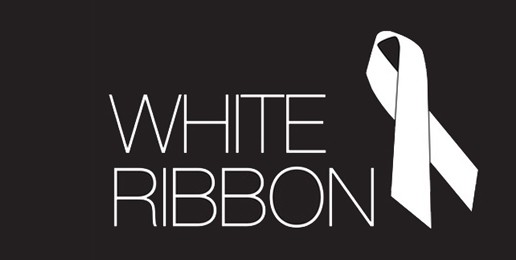 Grandmas and Ex-Porn Addicts Ban Together to Fight a Common Enemy
Written By Fran Eaton   |   11.02.13
PRINT

Concerned grandmas and old-fashioned church ladies are locking arms with a growing group of young men plagued with erectile dysfunction.

Yes, you read that correctly.

This eyebrow-raising army is taking different approaches to fight a common enemy: pornography.

Gone are the days of pre-teen boys being introduced to images of naked women’s bodies via discarded Playboy and Penthouse magazines.  Studies show that boys as young as 14 are addicted to pornography easily available on their iPads, laptops, and smart phones.

It’s at this low point where these devasted young men and their unlikely co-horts — grandmas and old-fashioned church ladies– are converging. Many of these women, having known all along the devastating effects for years of pornography on men, women, children and whole families, have fought for years against pornography.

They fought to protect innocents from assaults from predators whose arousal addictions began with Playboy and Penthouse magazines. They pleaded with lawmakers to protect women and children from the effects of pornography provided by taxpayers in local public libraries.

Over twelve years ago, I was among several Illinois conservative women – who were thought to be prudes and pleasure-stiflers  – that marched with members of Rev. James Meeks’ Salem Baptist Church and Bishop Larry D. Trotter’s Sweet Holy Spirit Church around Chicago’s Harold Washington Library.

An elder at Bishop Trotter’s church had been with his 8 year old son at the library, when his son and he came across a man viewing obscenity on a taxpayer-funded computer screen.  Outraged, the father told the story to his pastor, and Trotter rightfully spoke out to the Chicago press.

Rev. Meeks proposed we begin printing out some of the scenes available on the library’s computer screens and stick them on the library’s walls to shame the library board. He and other pastors pled with the library board to protect their patrons. A library employee who felt threatened by the unfiltered pornography in the area for which she was responsible also appealed to the board, but all to no avail.

The American Library Association, headquartered in Chicago, declared filtering Internet access was censorship, and something they refused to endorse, no matter who it offended. Unfiltered pornography access, paid for by Chicago taxpayers, stayed, while concerned parents with children they wanted to protect were dismissed.

These same conservative women took their pleadings to the state legislature. They asked that Internet filters be placed on library computers. The American Library Association kicked its efforts into high gear, and shamed even family-oriented lawmakers away from voting to require obscenity filters on taxpayer-funded computers.

These women, now grandmas, were mocked and ridiculed by librarians, the media and state lawmakers for simply trying to ward off part of the attack they knew could devastate the healthy heart and souls of the next generation.

And here we are today — locking arms with the very ones we tried to protect.

Now these young men, damaged by the foolishness of a generation unwilling to protect their own, are fighting back for their own sake. They are forming a new movement of ex-porn addicts that meet online to hold each other accountable and encourage each other away from Internet arousal addiction and onto healthy person-to-person relationships.

October 27 to November 2, 2013, is White Ribbon Against Pornography (WRAP) week.  Whether you’re a grandma, an old-fashioned church lady, an awakened parent or a redeemed ex-porn addict, wear a white ribbon proudly.

We’re all in this battle together — and there’s hope, no matter what the librarians and lawmakers say.